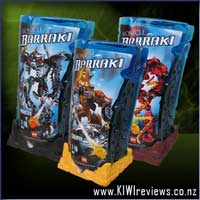 Disclosure StatementFULL DISCLOSURE: A number of units of this product have, at some time, been supplied to KIWIreviews by Lego International or their agents for the purposes of unbiased, independent reviews. No fee was accepted by KIWIreviews or the reviewers themselves - these are genuine, unpaid consumer reviews.
Available:
at quality toy retailers

Plus-Plus is a new toy having gained a tremendous popularity over the last few years in its home base in Denmark. The success has been developed together with the leading toy retailers, specialty stores as well as with schools and other institutions.

Made from food-grade approved Polyethylene, Plus-Plus develops the imagination and creativity of children and appeals evenly to boys and girls. Once Plus-Plus has been tried out it ... more...