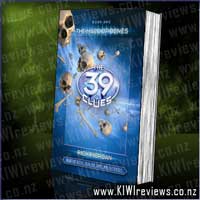 Disclosure StatementFULL DISCLOSURE: A number of units of this product have, at some time, been supplied to KIWIreviews by Scholastic (NZ) or their agents for the purposes of unbiased, independent reviews. No fee was accepted by KIWIreviews or the reviewers themselves - these are genuine, unpaid consumer reviews.
Available:
September 2008

This is a new edition of the famous Dahl story of Charlie Bucket and his Golden Ticket, and Willy Wonka and his amazing chocolate factory. It features a great new Quentin Blake cover as well as a whole new exciting end section about Roald Dahl and his world.