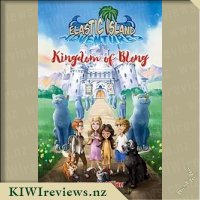 Disclosure StatementFULL DISCLOSURE: A number of units of this product have, at some time, been supplied to KIWIreviews by Duckling Publishing or their agents for the purposes of unbiased, independent reviews. No fee was accepted by KIWIreviews or the reviewers themselves - these are genuine, unpaid consumer reviews.
Available:
July 2021

This is the fifth book in the Elastic Island Adventures series. The magic island sends friends Kiri, Jed, Emma, and Ethan pinging across the ocean to a variety of destinations.

This time, the children are visiting the Kingdom of Blong where they discover that Emma's cat, who is travelling with them, is the island's missing king. Blong the cat is greeted with a great deal of fanfare, but it looks as though fame might be the ruin of him. Will Blong's relationship with Emma continue? And why do the bilbies and their leader Baxter decide it is a good idea to live on a dangerous island ruled by cats?

I have read the other four books in the Elastic Island Adventure series and was excited to be able to read this one. I am a 10 year old boy who loves reading and read this in two days as the story kept me so interested I didn't want to put it down.

The cover is bright and has all four characters on it (Kiri, Jed, Emma and Ethan) and suggests that this island adventure is one filled with cats and castles. The book is 164 pages and the font is big enough that it is easy to read and my younger brother can read it easily as well. The chapters are short and if you don't love reading as much as I do then reading a chapter or two at a time makes it easy, but the story is so fantastic that you want to keep reading.

I love the characters as they always find dangerous adventures that have a theme of good versus evil. Kiri, Jed, Emma and Ethan are all different and have varying strengths that they bring to the story. They are a team of best friends and I can imagine some of their adventures being ones that me and my mates would get up to. This story fluctuates between lots of action and adventures.

The main character on the island is Blong, the cat who is the island's missing king, which is Emma's cat. Blong changes into an evil cat and goes on a hunt to kill the Bilbies on the other side of the island. The story has so much going on and the words make me imagine that I am there alongside them all experiencing this adventure. I don't want to tell you what happens in the end as you need to read this story to find out. I am sure you will love it as much as I did and I will be sure to read it again. 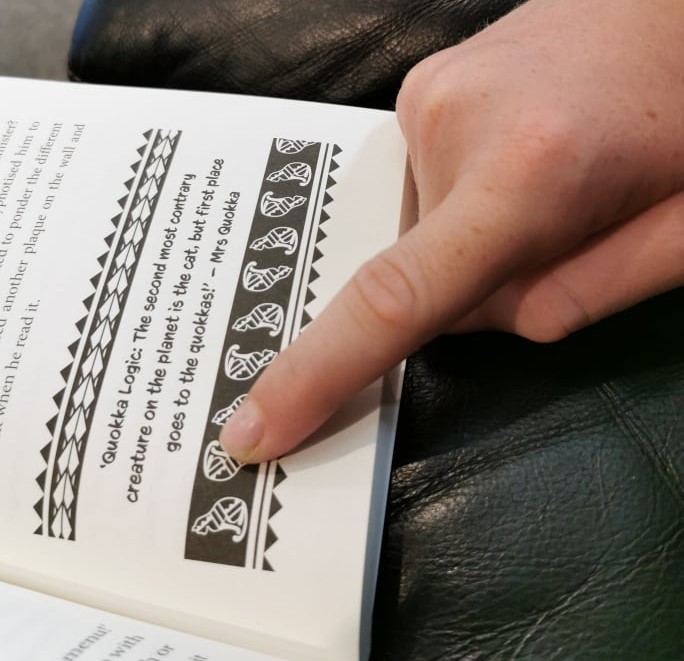 Miss Nine is a consummate fan of the Elastic Island adventures, and was overjoyed to find she was to review the latest in the series with me. The four children and their cat Blong have become almost like members of the family; she speaks of them as if she knows them personally! The idea of making Blong the main character in this story appealed to her; she loves all animals, but cats are at the top of the list. We laughed at the map of the Kingdom of Blong at the start of the book - it looks like the sort of footprint a cat might leave after walking through mud.

In the time between reading Books 4 and 5, Miss Nine has become confident at reading on her own so this time we read the book separately. I read it first then passed it on to her. Two days later, I phoned to see if she was ready to meet me and give me her feedback on the section she had read, and was amazed to find she had finished it within 24 hours of starting. The story had grabbed her attention to the point that she could not put the book down; during our phone conversation, she was busy quoting the text of the Blong-a-grams which for her are a major drawcard in these stories!

A new feature this time round is the introduction of the wall plaques, each bearing a pithy cat-related saying by somebody famous. These are very much in the style of the Quokka Logic statements that Mrs Quokka made in previous books, although she uttered hers in sets of three and usually only one of the three made sense! Miss Nine was disappointed that Mrs Quokka did not appear in this adventure, but was relieved to find that one of her Quokka Logic quotes had been included on one of the plaques.

Miss Nine's favourite characters were Blong (of course!) and Baxter Bilby. I liked the way that each book introduces new animals; I was interested to learn that quokkas are real animals, and was glad too that bilbies are also real. What a great way to learn about new animals! I had never heard of bilbies before so we had to look them up to find out more about them, just as we did with the addition of the quokkas in previous books.

High adventure rules in this story. There is a kidnapping, treason, a mystery to be solved, warfare (between cats and bilbies), and plenty of magic. It is real escapist stuff, but with links to the real world through local places (Browns Bay and the Pacific Ocean). There is also the inevitable teasing that goes on within a group when the members all know one another well. Miss Nine loved this; she said the best part of arguments within a family or small friendship group is being able to give one another a hard time while being aware that at the end of the day you are still all there to support one another. Even if your name is Kiri or Ethan!

For Miss Nine, one of the most satisfying outcomes was when Baxter the Bilby decided that he quite liked Belinda and managed to lose some of his natural shyness long enough to actually speak to her. The other happy event was the way Heathcliff joined the children as if he had always known them. Especially Jed, of course. Miss Nine and I are both hoping that Heathcliff will join Blong and the children on the adventures that are still to come in the future.

Score: 9.8
Product reviews for listing 2228: Magic in the Blood
Written by Devon Monk

Allison beckstrom knows better than most that when magic's involved, nothing is free. She's had to pay its price of migraines and forgetfulness while working as a Hound, tracing illegal spells back to their casters. And even though magic has stolen her recent memory - including her history with the man she supposedly fell in love with - Allie isn't ... more...