Disclosure StatementFULL DISCLOSURE: A number of units of this product have, at some time, been supplied to KIWIreviews by the company for the purposes of unbiased, independent reviews. No fee was accepted by KIWIreviews or the reviewers themselves - these are genuine, unpaid consumer reviews.
Available:
February 2021

Moon knows she can never be as bright and warm and beloved as her sister, Sun.

She hides away, shy and sad, only coming out at night. But maybe Moon is more important than she realises...

This book, beautifully illustrated by Malene Laugesen, explains how our differences are our strengths and how together we can make the world a better place. 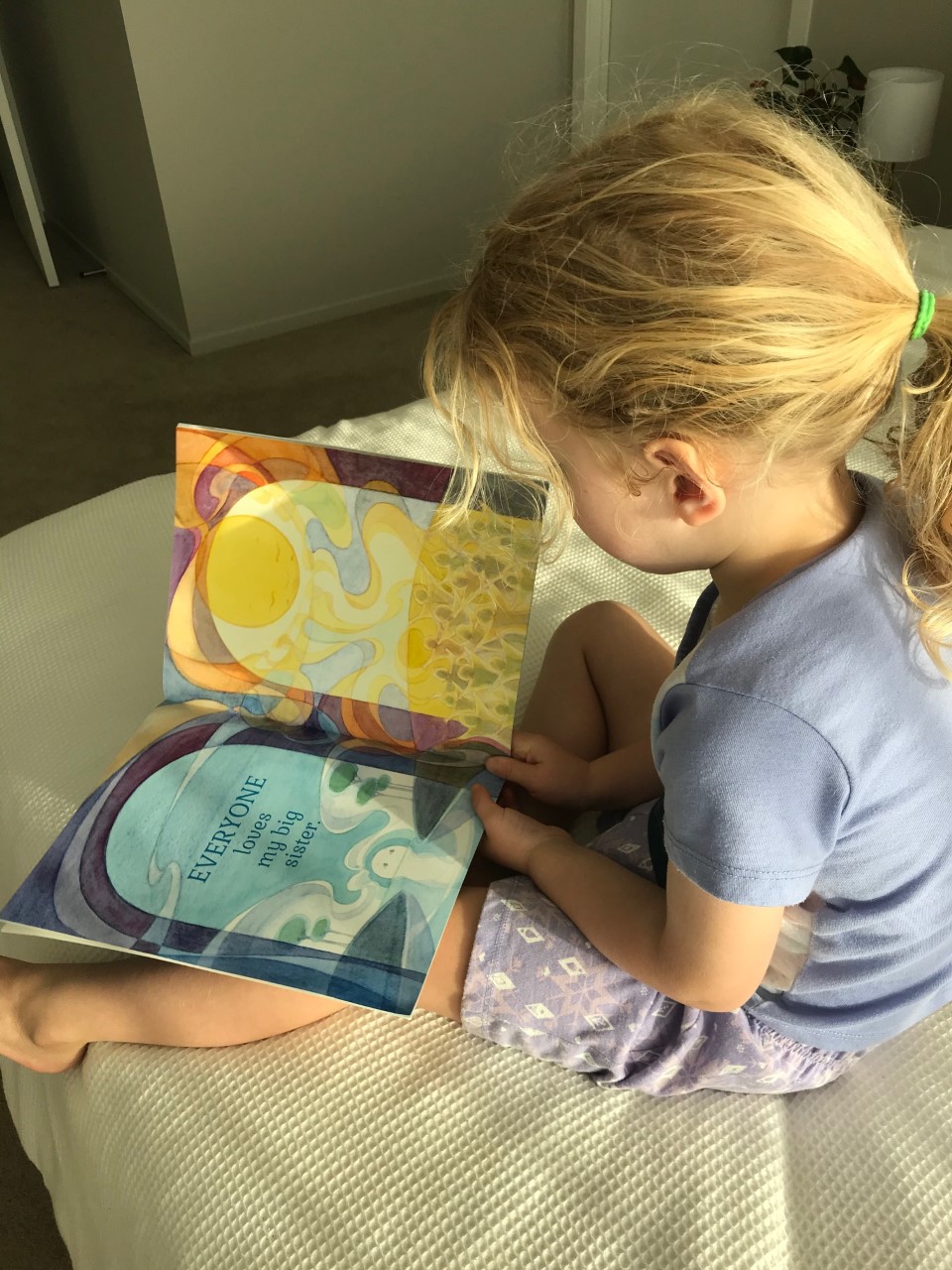 Mr Two has started taking notice of pictures, the more colourful the better. He has recently become very interested in the moon and was able to recognise it from the drawings in this book. He came up with plenty of questions, and was able to distinguish between the blue shades of the moon and the yellows of the sun. Although the illustrations were stylised, the colours helped him to make out what they represented. Meanwhile, Miss Four was intrigued by the various pictures and kept taking the book away so she could leaf through it herself.

The story is simple and not too wordy for little ones. The short sentences ensured that Mr Two was engaged; there was never time for him to lose patience, and he was able to follow along with the flow even if the subtext was a little sophisticated for him. Miss Four, on the other hand, could understand the dilemma faced by poor Moon who thought she was not as charismatic as her sister Sun and was feeling sad. As the youngest in her preschool, Miss Four knows what it is like to be less important than everyone else so she felt for Moon.

There is a satisfying plot development as Sun encourages Moon to be herself, proud of her own special qualities and comfortable in being just who she is. Friendship works both ways; just like Sun and Moon, children can accept that friends are there for one other. Miss Four was able to vocalise how she felt about older children who might appear to be threatening, and to accept the example of Sun and Moon as they work out their respective roles. This unpacking of the story was a valuable learning tool for her as she settled into her new circle of friends.

Woven into the story are some simple scientific ideas which children will absorb without actually realising that they are learning. From highlighting that the moon is cool and the sun is hot, the story moves to more sophisticated ideas like tides and the effects of gravity, the influence of seasonal changes on crops, and the significance of warmth and light. These are all ideas that adults can discuss with preschoolers and allow them to ask the all-important questions (most of which naturally begin with "Why?").

As one of those adults who enjoys reading to children, I was secretly amused at the petulant expression on Moon's face and her insistence on feeling sorry for herself. Sun did most of the work in drawing her out, but she did it so well that by the end of the book Moon's expression had relaxed. Not that it was quite a smile yet, but it was a vast improvement on her expression at the start! It is true that children are more likely to be friendly towards someone who comes to meet them halfway rather than just sitting in a corner feeling sorry for themselves.