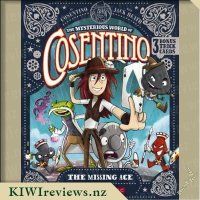 Cosentino's performances at his run-down old theatre attract the wrong kind of attention when the Ace of Spades dashes through the door, begging to be saved from the clutches of the evil two-headed King!

When Cosentino is captured, he's thrown into the dungeon at the bottom of the castle, from which no one has ever escaped. This would be the trick of his life... if he can pull it off! 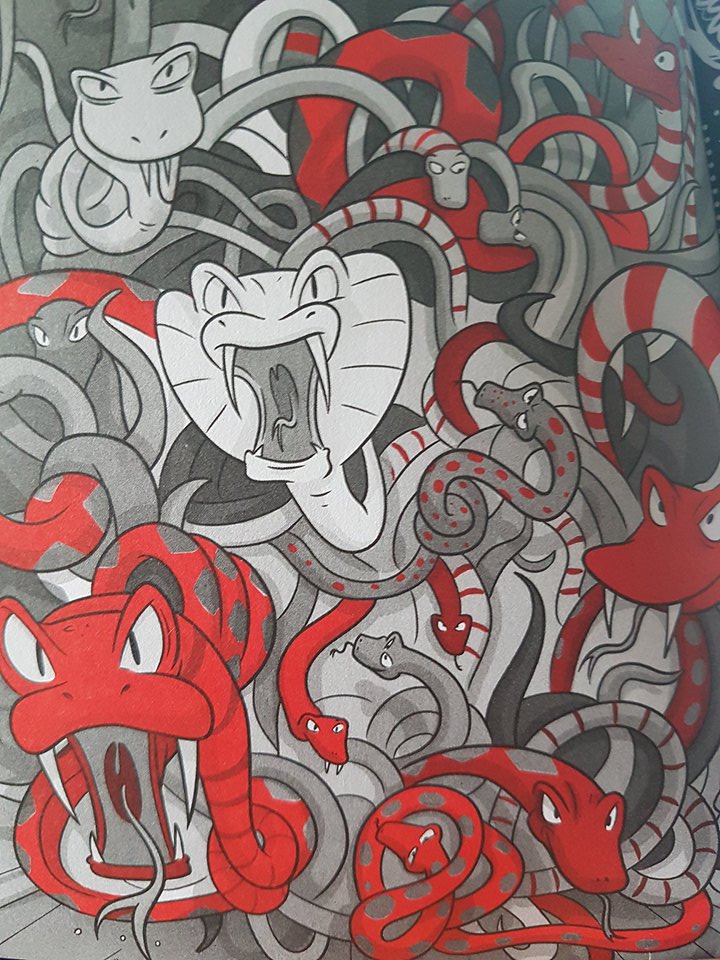 It's always good to see when a child is more interested in a book rather than a television or tablet and I'm glad to see that Cosentino: The missing ace has that ability. My daughter had the first read of this book and thoroughly enjoyed it to the point where I had to pry it off her from her second read so I could have a chance to see what it was all about.

It's hard to review something such as a book or movie without spoiling it so I'll just say it's a fictional story about Cosentino the grand illusionist himself who gets caught up in a bit of trouble when the ace of spades is trying to escape the clutches of the evil king. A lot of magic unfolds and your in for a great adventure and fun. The characters in this story are quirky and interesting but the real star of this book is the illustrations which are top notch and the color scheme is excellent with just the black and red reminding me of a playing card which is so fitting.

Also, a bonus to this story is it comes with its very own cards and explanation on how to perform one of the card tricks Cosentino uses in the story which is a great way to introduce magic for the young wanting to learn.

The story is written very well and keeps you wanting to read more which is ideal for trying to get a child into reading and keeping them interested. I recommend this book to ages 6+ and anyone really interested in magic. 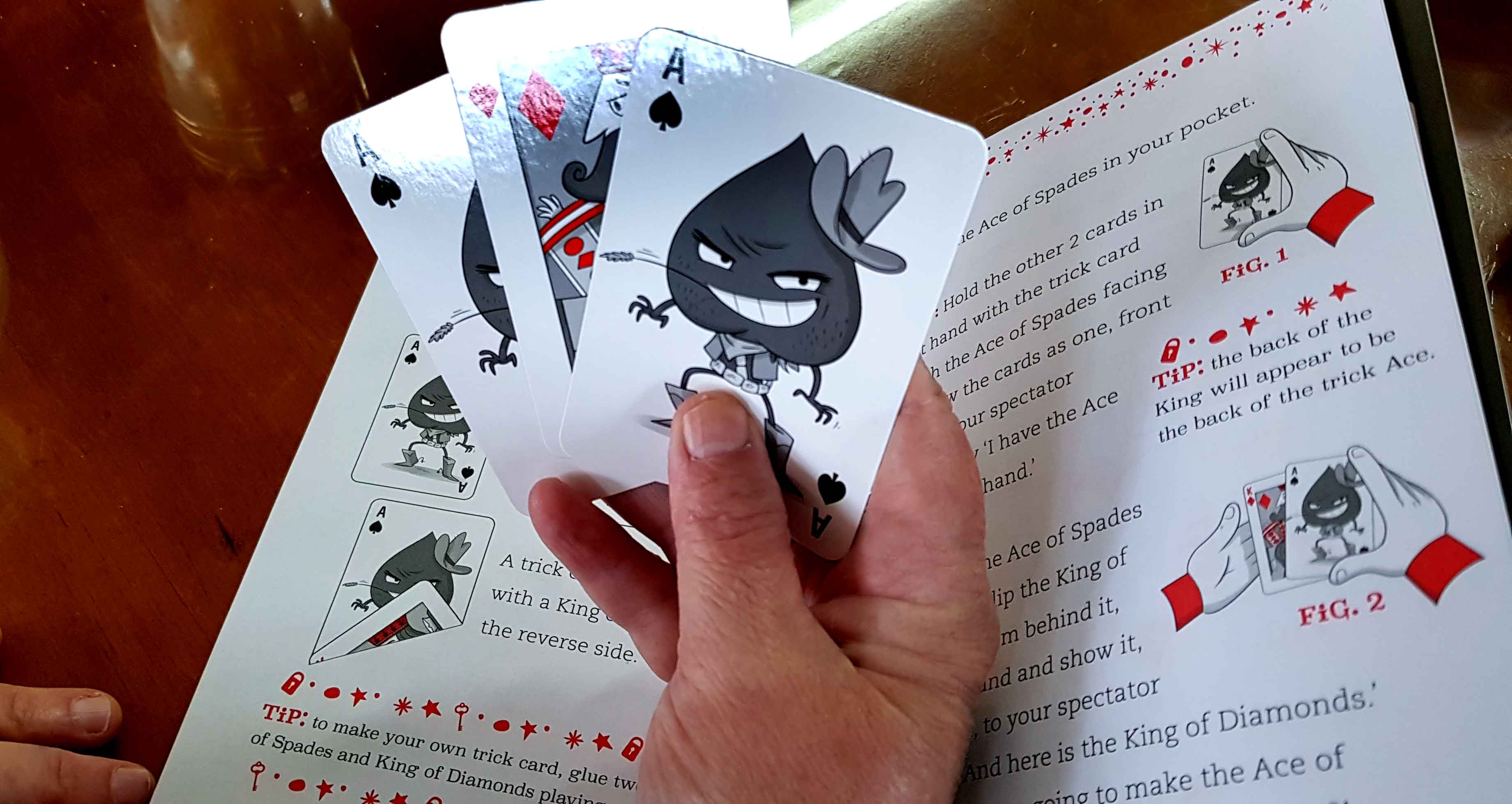 Mr Nine and Miss Six asked if they could help me review this book. Of course, I agreed - it is always useful to have children around who will help with evaluating a story. Often they have quite different perspectives to mine! Mr Nine said he would read it to us, and we all piled on to the sofa to listen. But very quickly he realised that the story was about a magician, and he then got very excited as he loves to play tricks on people.

Miss Six was fascinated by the magic tricks which were described at regular intervals throughout the story. She quickly worked out that they were always in a little frame made of red stars and padlocks and keys, and each time Mr Nine reached one she asked him to read it a second time. She could not wait to try them out for herself.

After they had finished the book, the children took turns in practising the card trick which was included inside the back flap. This took a little practice, but once they were both confident, they decided to try it out on their mother. She was impressed when they were able to demonstrate it for her although Miss Six got the giggles part way through and nearly gave it away. Mr Nine was very pleased with himself and decided he would research some more card tricks so he could impress his friends.

Books that have a toy or activity included are always a lot of fun. Having the cards there meant that the entertainment value was enhanced; they spent over half an hour working out the trick and practising it on each other before sharing it. They were also intrigued to find out that there is a real Cosentino who is an Australian magician and escape artist, and went online to find out more about him.

Personally I found the book somewhat hard to follow, especially at the start, but the children had no such issues. They took the story on face value, stopping to look at each of the card graphics before reading on. At times the story read more like a graphic novel than a text with pictures; this did not faze them either. Occasionally they would stop and go back a page to check on what had just happened but most of the time they kept going. Mr Nine is a fluent reader; Miss Six could read some of it, but for most of the time she was happy to let her brother do the reading.

I asked what they thought of it. Miss Six said she liked the tricks and she loved Snuggles. Mr Nine was less specific. He liked the tricks too, but he also thought the story was cool and said he hoped there would be a sequel. So all in all, both children were pleased that they had read the book. They were even more pleased when I told them they could take the book (and the trick cards) home and keep them!

More questions and answers from the popular 'Last Word' column.