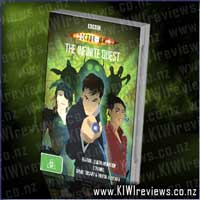 Laser Combat is an exhilarating, team-oriented combat game.
The is the most realistic and advanced laser simulation to be found anywhere in New Zealand. Realistic guns, sound effects and camouflage gear give players a real taste of the battlefield experience.

Live out your combat video game fantasies in adrenalin-pumping ... more...