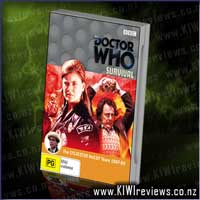 Disclosure StatementFULL DISCLOSURE: A number of units of this product have, at some time, been supplied to KIWIreviews by Roadshow (NZ) Ltd or their agents for the purposes of unbiased, independent reviews. No fee was accepted by KIWIreviews or the reviewers themselves - these are genuine, unpaid consumer reviews.
Available:
July 2007

Play School aims to encourage a child to wonder, to think, to feel and to imagine.

The programme shows two warm, caring people taking the time to be with one child. They address the child directly and personally. Into this relationship are woven the stories, songs and activities that form the fabric of children's culture.

Stomp around and give a great big roar - its time to become a dinosaur! Through songs, stories and ... more...