« The Chronicles of Aden Weaver - 1 - Or'in of Tane review

ProdID: 8733 - Into The Darkness
Directed by Anders Refn 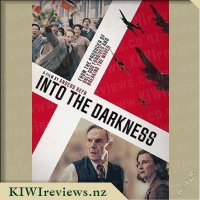 Disclosure StatementFULL DISCLOSURE: A number of units of this product have, at some time, been supplied to KIWIreviews by Rialto Distribution or their agents for the purposes of unbiased, independent reviews. No fee was accepted by KIWIreviews or the reviewers themselves - these are genuine, unpaid consumer reviews.
Available:
in cinemas from November 5, 2020

Into The Darkness product reviews

Karlskov is a self made, successful owner of a large electronics factory, has a wife and five children. They live the good, privileged upper-class life on Strandvejen north of Copenhagen when the Nazis occupy Denmark in April 1940. Karl struggles to continue production at the factory, but to protect his family and employees he reluctantly begins to produce for the German market. It brings him into a controversial collaboration with the occupying power and causes painful breaks in the family. 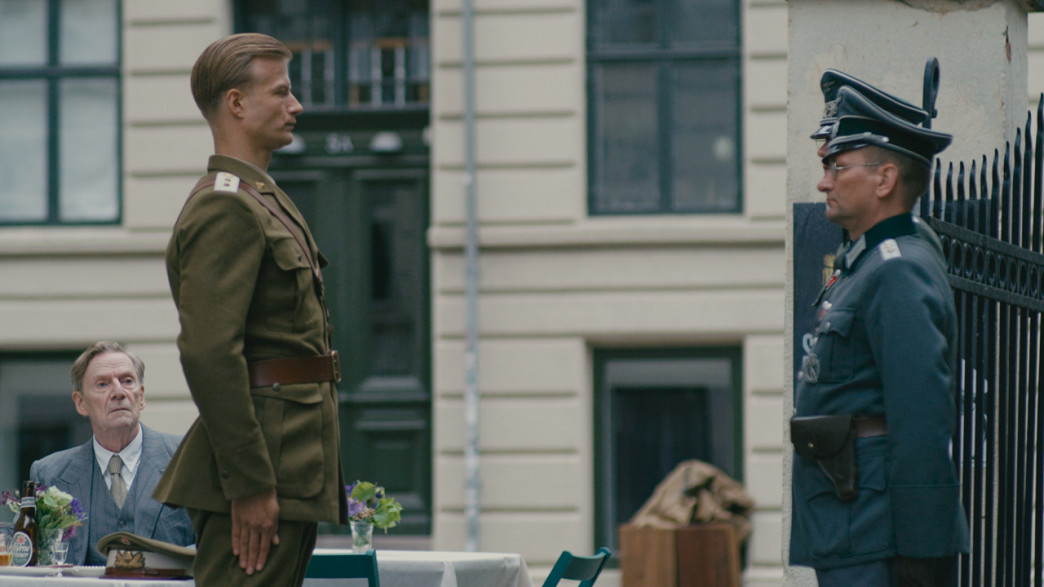 Time and time again, films about war are one of the easiest genres to gain praise in, as it covers one of the most primal urges that a person can feel; the need to survive. Grab a bunch of people that are trying to protect a country from an invading force, and put them in situations that will endanger their lives, and you have an instant hit. Survival is something that everyone can empathise with and understand. It works because it is made clear who is good and who is bad. The ethics and morality of the situation are black and white. When you consider World War II and the fight against the expansion of Nazi Germany, from the outside, there is a clear differentiation between good and bad. But what if you were a neutral country that was being occupied by Nazi Germany.

This is the source of the ethical and moral quandaries that forms the basis of Into the Darkness, a Danish wartime drama with a 253-minute runtime. This film does not deal with the direct fighting of the war, instead, dealing with the political and economical changes that were brought on by being occupied. As a business owner, do you sell to the Germans to keep your employees in work? Would you build weapons for those that have occupied your country, in order to keep your workers employed? If you were a soldier, and your government has bowed down to an invading force, would you fight with the invading force against your own potential liberators? Can you trust your own people to act ethically, when Germany is pulling the strings in the background? These are the kinds of questions that are being asked of the Skov family; a family that runs a well-off manufacturing business.

The Skov family hold a privileged position, that has benefited them in the eyes of the government in the past, but now find that position in jeopardy. Being occupied, now they can only buy or sell to the Germans, and can only continue to operate with the permission of the German forces. The Skov family include a wide array of characters that hold different perspectives, all of which, Into the Darkness, wishes to display. Whether it be a young woman, falling in love with a soldier on the invading side, a Danish soldier, keen to fight against the Russian Bolsheviks (no matter who he is fighting besides), or a businessman who has always had a good relationship with authority and turns a blind eye to its corruption, Into the Darkness, follows this family from the start of the occupation, as they hope for a quick resolution, and continues to watch how their perspectives shift as the German occupation fails to end, and as the German ideals and control start to take precedence over the Danish way.

It raises a lot of intriguing questions but is largely in a format that doesn't work too well in non-European countries that do not remain "neutral" in the face of war. It puts forth an entire country that seems to want to turn a blind eye to the injustice going on around the world, in order to ensure their own profitability. All of which makes the characters in this film, largely unlikeable and unempathetic. With the number of movies and film reels that have shown the ravages of war, the idea of not only being neutral but effectively assisting the Germans economically is a bridge too far for patriotic countries.

The structure of the film lacks a narrative direction. There is no big goal or destination; simply, getting by until the occupation ends. Which makes this drama feel more like a soap opera than a dramatic film. Much like Shortland Street, Coronation Street, or Emmerdale, if your first experience of the shows were to binge-watch three episodes, there may not be much appeal. The shows work long-term, with each little piece of drama eventually developing the characters and your understanding of motivations getting stronger with every episode. With only two and a half hours though, there is not enough time to get a proper feel of each character.

While the cinematography is fine, and shot composition is well-done, it feels a bit like the early seasons of Agents of Shield, the Marvel television show that was in the same continuity as the Marvel Cinematic Universe but could not use any of the characters. Here we have constant references to the war, but we never see it, and as such, it feels very far away. Things start to get more interesting as the pacing changes in the final act of the film when the occupation starts to have a more direct effect, but otherwise, this is no 1917 or Dunkirk, neither is it The Darkest Hour or Allied. This is a melodrama that involves characters that have no effect on the war, and you will feel every single one of the 253 minutes of the film's runtime.

Perhaps New Zealand's unofficial motto to "be kind" to others is starting to really ingrain itself in our culture because this drama about a country effectively allowing Nazi Germany safe harbour does not sit well. Occupational health and safety teaches us that doing nothing is as bad as actively hurting someone. And Denmark has shown it's true colours.

Woody (Tom Hanks) is stolen from his home by toy dealer Al McWhiggin (Wayne Knight), leaving Buzz Lightyear (Tim Allen) and the rest of the gang to try to rescue him. But when Woody discovers that he's actually a valuable collectible from a once-popular television show called "Woody's Roundup" and is reunited with his horse Bullseye, Jessie the yodeling cowgirl (Joan Cusack) and his faithful sidekick, Stinky Pete the Prospector (Kelsey Grammer), he doesn't want to leave.