Wonders of the Solar System review 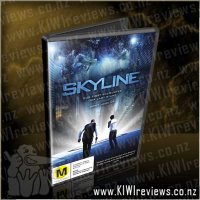 Disclosure StatementFULL DISCLOSURE: A number of units of this product have, at some time, been supplied to KIWIreviews by Roadshow (NZ) Ltd or their agents for the purposes of unbiased, independent reviews. No fee was accepted by KIWIreviews or the reviewers themselves - these are genuine, unpaid consumer reviews.
Available:
April 2011

I am sorry to say that the best thing in this formula driven, predictable movie, was without a doubt the special effects.

It feels like this movie had a lot of potential but instead of using that potential, it appeared to borrow from other movies. It reminded me of a cross between Independence Day and some sort of zombie film but without the feelings evoked by Bill Pullman's uplifting speech.

I did like seeing Donald Faison (Scrubs) in a more serious role. I also did enjoy Eric Balflour, he is one of those actors who seems to have a lot of potential that doesn't seem to channel into the right roles. For me he made this movie more bearable.

If you want something to watch that requires no brain power then great, otherwise I'd probably just give it a miss.

Now, some reviews out there can be summed up as "Why did they bother?!" and personally, I think that's a bit harsh... and more than a little naive. "Why" is easy - because there is a market for this kind of special-effects bonanza and plenty of suckers willing to part with their money to sit in crowded theatres and shovel down popcorn waiting for the 'good bits'. They'll be eating a lot of popcorn and sitting in the dark then, because the 'good bits' were left on the cutting room floor I think.

The plot is weak, seems to wander aimlessly around, and end abruptly with a somewhat muted fizzle, highlighted by a groan from the viewer(s). For me the movie smacked of "Independence Day" mixed with a dose of "Body Snatchers"... I can't explain more without giving away the entire plot, it was that thin. But some interesting questions were raised... Aliens are stealing humans and using them... so how did they evolve to need humans, without ever needing humans before? If you are a sci-fi buff and have ever seen Babylon 5, you'll have some idea if you think about the Shadow Ships and their use of humans... but that still leaves a lot of questions.

The Brothers Strause are masters of visual effects, so why they took a leading role in this is a little beyond me, as the movie took any potential it had and basically drowned it under CGI corn soup. The aliens were confusing - yes, that only enhances the 'utterly alien' but the questions raised by their 'design' only serve to detract from whatever plot could have been there.

Overall, I am kinda glad this movie was one I missed at the cinemas. I always consider it bad form to walk out asking for a refund. The acting was actually pretty good, considering, and the character dynamics were fairly realistic, but as for the rest... slice it off, chop it into chunks and can it... it's corned spam.

Saving the World- One Homework Assignment At A Time.

Will Stronghold is full of teen angst about friends, grades, and girls... in other words, Will is just another suburban teen about to start high school. If that isn't enough to deal with, Will has the added pressure of being the third generation of the Stronghold family to attend ... more...