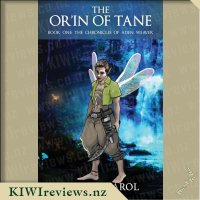 Lance Corporal Willie Apiata, a New Zealand Special Air Service trooper, trapped at the front of a major fire-fight with suspected Taliban insurgents on a dark and desolate Afghan hilltop. One of his mates was bleeding to death and the other was pinned down under intense enemy fire.

For Apiata there was no choice.

He fell back on the values instilled in him by his mother, the skills learnt during a tough pig-hunting life in ... more...