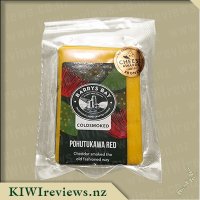 Disclosure StatementFULL DISCLOSURE: A number of units of this product have, at some time, been supplied to KIWIreviews by Barrys Bay Cheese or their agents for the purposes of unbiased, independent reviews. No fee was accepted by KIWIreviews or the reviewers themselves - these are genuine, unpaid consumer reviews.
Available:
via online store and supermarkets nationwide 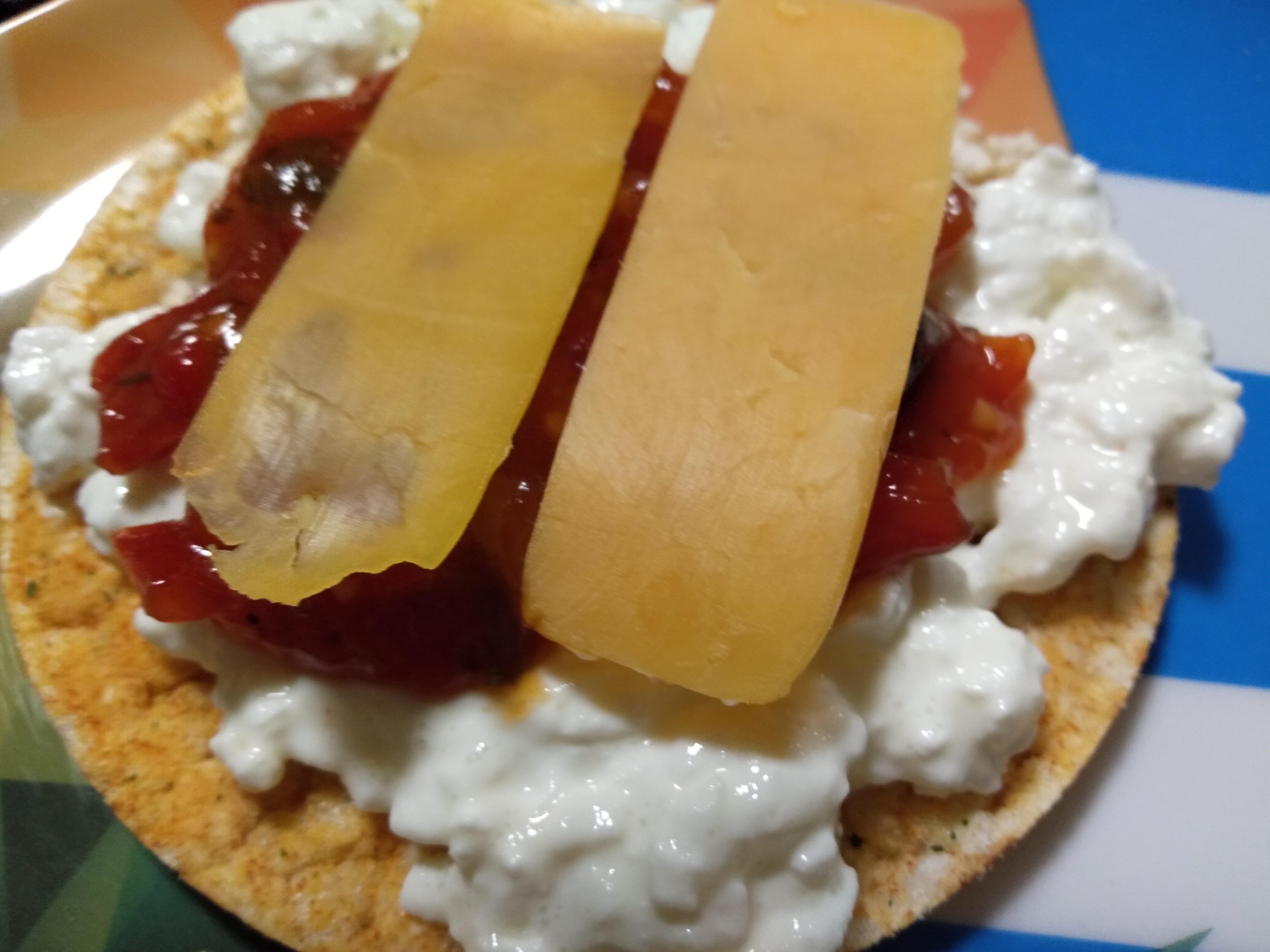 We like cheese in my house, unfortunately for three of us, we can't have large quantities (for varying reasons) no matter how much we might want to gorge ourselves, but it never stops us from trying them out, or enjoying it and just putting up with the aftermath. I'm not a particular fan of smoked foods, the smell is usually enough to put me off and if I do taste some, I'm usually left feeling like I should have just sat in front of the fire and breathed in for the same affect just a less full tummy. That being said, a great thing about being a reviewer is getting to try something without the expense, so I happily threw this into the mix when making toasted sandwiches.

I decided to give it the best chance to shine by simply pairing it with some onion and leaving it to toast. Biting into this, I caught a faint whiff of the smoked aspect but it tasted plain and boring, leaving me feeling uninspired. Now and then we have cheeses and crackers for dinner, with assorted dips and I thought this a good opportunity for another try. In the end I paired it with cottage cheese, a large sun-dried tomato rice wafer and a Barker's of Geraldine 'Sun-dried Tomato and Olive Chutney'. This was a delicious combination, the flavours offset the smokey taste and I ended up making myself four crackers like this.

While I did find a yummy combo to put this with, I don't think I could get this again, only one use thoroughly enjoyed in isn't enough to offset the cost. 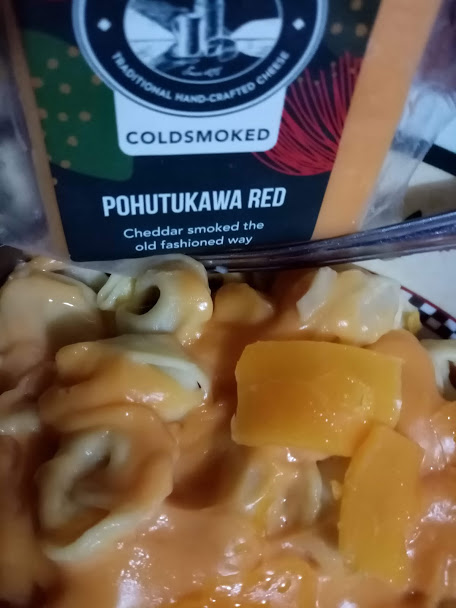 I thought I was in for a cheese with a hint of smoke, but there was more than a hint - it was more like a wave of flavour redolent of campfire cooking at its best. We used to smoke shellfish and freshly caught ocean fish like this when I was a child, and would always use the dried prunings from our pohutukawa tree, so this was a flavour that I recognised instantly. Before I could decide what to eat it with, I had sliced a strip off it and was enjoying it just as it was. Some cheeses are best served with other foods, but this one would quite happily stand alone for a special snack.

Although it is a hard cheese, it has a hint of creaminess which made me think it would melt easily on top of a hot dish like cauliflower or broccoli. However, I had neither of them at hand. What I did have was some leftover cooked ravioli which had been mixed with a small amount of sour cream. I figured that some of the cheese sliced thinly on top would go very nicely with it. I reheated the ravioli first and then added the cheese. The heat of the pasta was enough to melt most of it, and ensure that none of the smoky flavour was lost. I could have browned it under the grill but I did not want to alter the flavour, so I served it just as it was. A divine combination!

Having tried some of the packet with a hot meal, I thought I would try it with some dried tomato and pumpernickel, a firm favourite with my Swiss friends. They had brought the pumpernickel for afternoon tea, and I had some dried tomatoes in oil, so I brought out the remainder of the cheese and we made ourselves an open sandwich apiece. I sliced the cheese extra thin, but because it was so full of flavour it went a long way. They thought it was a little expensive compared to what they would normally pay for a cheese, but conceded that a regular cheddar would not be nearly as flavoursome so they would need to use thicker slices.

I had hoped there would be some left to try in my home-made dumpling recipe; this calls for equal quantities of cheddar and freshly chopped herbs (chives or similar) to be encased in the dough and then steamed. I think the Pohutukawa Red would be lovely prepared like this. However, my two earlier attempts saw it all used up. That particular experiment will have to wait for next time. The recipe also calls for salt and a little mustard, but I don't think they will be necessary given the strong smoky flavour of the cheese - so I will just leave them out!

Farrah's Garlic Butter Wraps not only taste great but are also made using real garlic and butter. Ideal with your BBQs, accompanying your favourite curry or livening up your lunch box. Every wrap ... more...