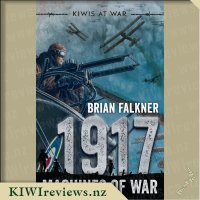 Score: 9.3
Product reviews for listing 8459: The Wonky Donkey and Other Stories -  Written by Craig Smith

This is a special 10th anniversary edition which features five hilarious songs and stories. The funny, slightly naughty lyrics will appeal to children and adults alike.

Included in this edition are The Wonky Donkey, Willbee the Bumblebee, My Daddy ate an Apple, Square Eyes, and The Scariest Thing in the Garden. The stories are presented in durable hard cover format.