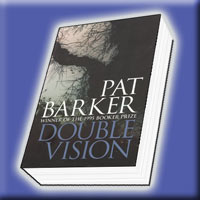 Disclosure StatementFULL DISCLOSURE: A number of units of this product have, at some time, been supplied to KIWIreviews by Penguin Random House or their agents for the purposes of unbiased, independent reviews. No fee was accepted by KIWIreviews or the reviewers themselves - these are genuine, unpaid consumer reviews.
Available:
5th November 2003

Insomnia, exhaustion, recurring nightmares - Steven Sharkey is suffering the after-effects of his career as a war reporter, most recently in Afghanistan, where Ben Frobisher, war photographer and friend, has been shot dead on assignment. Hanging up his flak jacket and turning his back on the everyday reality of war, Stephen moves into a quiet and peaceful cottage in the north of England. It seems the perfect environment in which to write his book on the representations of war - a book that will be based largely on Ben Frobisher's work.

Here Stephen meets Kate Frobisher, Ben's widow, and the mysterious Peter Wingrave, who seems to generate nothing but unease in those around him - and Justine, a woman twenty years Stephen's junior, with whom he soon finds himself involved. Even far from the war-torn countries he has left behind, Stephen's supposed isolation offers no protection from other people's suffering or the shattering effects of human brutality...

It is not often a book of this genre impresses me, however this was most assuredly one of those times.

The book is not a high-energy thriller, but it does build up to many minor climaxes, giving you a sense of continuing plot. With an ending both a little predictable, and yet still surprising.

With many small crisis points, love, lust, therapy, wierdness, suspense and release, this seems to have a bit of something for everyone. With a few disturbing patches (Watch out for Peter's short stories) and a few moments that provoke some serious thought for any married person, you should be able to enjoy this book no matter what your tastes.

Not sure whether the pricetag would appeal to everyone who might be captured by the story, but it certainly is not above and beyond other books of this size and style, so it's affordable. Would make a good gift for someone stuck in bed for health reasons, I would suggest. This is a book that once you get stuck into it, you won't want to put it down.

Overall, I was very happy to be reading this, despite my prior misgivings. I am a die-hard fan of Sci-Fi (heavy on the Sci) but with a bounty of new books in a wide style of genres available to me through this site, I am rapidly become quite an eclectic reader.

Evil Doctor Evil MacEvilness has created a magnet so powerful it can attract anything. Now he's using it to steal whatever he wants. To stop him, Secret Agent Derek Danger Dale must go undercover and apply for the job as one of MacEvilness's own goons.

But can Derek REALLY fool the evil doctor? And can he REALLY survive his close encounters with Petunia the Giant Piranha and the Notoriously Nasty, but Nevertheless Nifty, Ninjas?