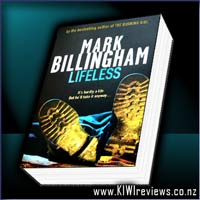 Disclosure StatementFULL DISCLOSURE: A number of units of this product have, at some time, been supplied to KIWIreviews by Penguin Random House or their agents for the purposes of unbiased, independent reviews. No fee was accepted by KIWIreviews or the reviewers themselves - these are genuine, unpaid consumer reviews.
Available:
August 2005

Down in a gully on a farm far away,
a clan of kiwi put on a dance display,
invited friends to join, one sunny day,
to do the Hokey Tokey, and here's how to play...

New Zealand animals of all shapes and sizes come together to do the Kiwi Hokey Tokey.