« I am Number Four review 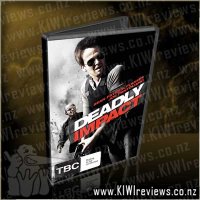 Hard-nosed cop Thomas Armstrong's life was shattered when he became the helpless target of a mastermind assassin. Now the killer has returned to terrorize the city with an explosive game of cat and mouse.

In a thrilling race against time, Armstrong must stay one step ahead to capture the madman and save innocent lives.

Joe Pantoliano has come a long way from being a Judas in 'The Matrix' or a newspaper reporter in 'Daredevil'... but alas, he still hasn't managed to gain any real depth to his characters. I found the villain in this movie to be very predictable, flat and amazingly uninteresting. Normally, you can expect to feel something when the bad guy gets toasted... but there was nothing here this time.

The protagonist though, played by Sean Patrick Flanery, was a very easy to identify with character. The start of the movie had him making a heartbreaking decision... one I doubt any man could make and stay sane. It was no surprise to see his character getting right royally drunk for 8 years afterwards. None the less, when the need arose, and vengeance flooded through his veins like fire, he bounced right back into the saddle, guns drawn and ready... yet still managing to walk into traps like a rookie - which did damage his onscreen credibility somewhat.

The plot wasn't astounding, but nor was it utter codswallop... it was a typical DTD move (Direct to Disc) - bypassing the highly critical cinema experience which, at current prices, is a far more demanding option for a film to take as even a moderate failure to satisfy can cause ruin. Whereas a DTD release can survive a bit of bad press and still rock on to make a bit of profit.

Overall, though I strongly disagree with the marketing hype about it being a "white knuckle action-thriller", it wasn't a total yawn-fest, had it's fair share of decent tension moments, a nice bit of office 'romance' for those that way inclined, and plenty of fairly convincing big explosions - even if two of them did look like the same video clipart blended in over the footage.

When four high-school kids discover an old video game console with a game they've never heard of - Jumanji - they are immediately drawn into the game's jungle setting, literally becoming the avatars they chose: gamer Spencer becomes a brawny adventurer; football jock Fridge loses (in his words) "the top two feet of his body" and becomes an Einstein; popular girl Bethany becomes a middle-aged male professor; and wallflower Martha ... more...