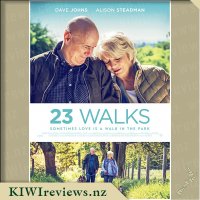 Disclosure StatementFULL DISCLOSURE: A number of units of this product have, at some time, been supplied to KIWIreviews by the company for the purposes of unbiased, independent reviews. No fee was accepted by KIWIreviews or the reviewers themselves - these are genuine, unpaid consumer reviews.
Available:
in cinemas from August 13, 2020

A gentle, sweet, funny, romantic story of love in later life following a couple in their sixties, Dave and Fern, who get to know one another over the course of 23 dog walks. 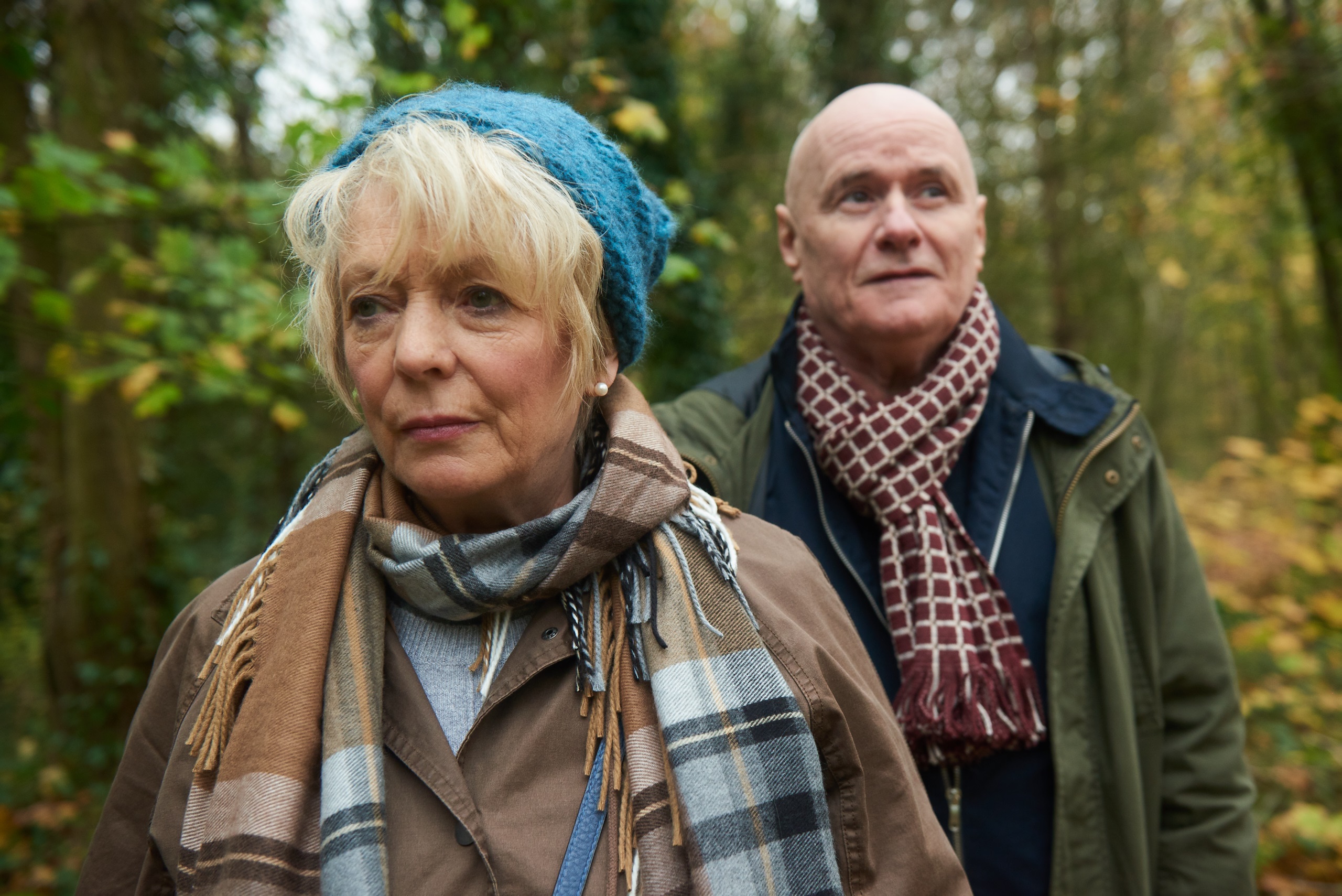 Written and directed by Paul Morrison, 23 Walks is a story about two people connecting while out walking their dogs. Considering how 2020 has gone so far, with people around the world forced into isolation, with essential trips or exercise their only respite, the idea of making an impromptu connection while out on a walk is something that is relevant and relatable to an ever-growing number of people.

A minimal drama with two major characters and a small crew of supporting cast, no time is wasted in introducing our two protagonists. Dave Johns and Alison Steadman play our two leads Dave and Fern, whose initial interaction is combative and antagonistic. Morrison takes the interesting approach of attempting to write two of the most opposing personalities with enough baggage to smother a small elephant. While the details of their past are only revealed later in the film, it is clear from the start that there are aspects of their lives strongly affecting their actions. Morrison uses these aspects to form red herrings that constantly misdirect the audience every time it comes across a commonly used trope.

Perhaps the most compelling part of 23 Walks comes in the form of its canine cast. Terrier "Henry" and, to a greater extent, German Shepherd "Tilly" are the highlight and perform their cues exceptionally well, garnering the strongest emotional reaction in the entire 102-minute runtime.

The majority of the story comes from Dave's point of view, and with this, there is a slight disconnect with much of Fern's story remaining untold. We feel the giddiness as he meets Fern, his uncertainty around his own behaviour, and the frequent jumps from joy to heartache and anger. While the acting is well done, the limitations of the film mean a lot of the conflict and development is told, not shown, and as a consequence, the acting is accentuated and embellished to try and wring greater emotional attachment from the audience. It creates a feeling that is somewhat disingenuous but still manages to pull at the heartstrings regardless.

The frequent misdirection and poor judgement calls do wear thin as the film progresses, and while it gains points for what is undoubtedly a much more realistic portrayal of a budding relationship between two mature individuals, it isn't able to maintain that minimal amount of positivity and magic in the story to make 23 Walks a story that you would want to rewatch or recommend. There are a lot of results that don't feel earned, and it takes away from what would otherwise be a satisfying final act.

With pleasant environments and a cool, clean look, 23 Walks is down-to-earth and pragmatic in its approach to relationships. There isn't enough to captivate and transfix the audience, but there is still a level of charm and understanding that creates a seed of hope in dark times.

From Warner Bros. Pictures and director James Wan comes an action-packed adventure that spans the vast, visually breathtaking underwater world of the seven seas, "Aquaman," starring Jason Momoa in the title role. The film reveals the origin story of half-human, half-Atlantean Arthur Curry and takes him on the journey of his lifetime - one that will not only force him to face who he really is, but to discover if he is worthy of who he was born to ... more...