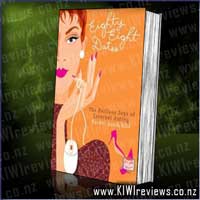 Disclosure StatementFULL DISCLOSURE: A number of units of this product have, at some time, been supplied to KIWIreviews by Penguin Random House or their agents for the purposes of unbiased, independent reviews. No fee was accepted by KIWIreviews or the reviewers themselves - these are genuine, unpaid consumer reviews.

Many of us have friends who've used the internet to find romance or love or just a good time. Some of us have used it ourselves. Thousands and thousands of New Zealanders enlist the help of cyber match-making services.

Rachel has experienced the highs and lows of internet dating, met lots of others doing the same thing, and shares the stories to provide valuable advice on both avoiding disasters, and maybe meeting the person of your dreams, while having a laugh along the way!

The book includes:
* How to create a personal profile
* What you should be looking for
* Taking it further
* Coping with disasters
* Selecting your image and choosing a photo
* Making the first connection
* Etiquette and personal safety
* Taking the next step

OK. So I give a lot of ten out of tens, but this one is worth it and more.

The author has written an excellent guide to the pitfalls and joys of internet dating illustrated with plenty of examples from real life internet daters. Some of the stories will make you laugh, others will make you gasp in horror - but all will entertain. The cover may suggest it is aimed solely at women, but cover aside, the advice is valuable to both sexes - whether you are looking for someone long-term or for a short fling, or even just to kiss a lot of frogs.

The book is divided up into sections covering all aspects of which dating site to choose, the clientele on those site, writing a profile, meeting people without taking unnecessary risks and generally keeping yourself safe. The pages are interspersed with stories from real people - (one of which I recognised from the story and whose wedding we were unable to attend!)

Having been an internet dater myself, I can fully appreciate the relevance of all the information and helpful advice. One thing I would slightly disagree with in this book is choosing your name. Obviously there are plenty of fun lovers out there - but when you are funlover4u 285, what differentiates you from the previous 284? Finding a unique name is hard, but not impossible and it makes you stand out from the rest.

One thing I noticed absent from the book was that many of these dating sites are not just dating sites, they are also friendship sites; so getting messages from someone of your own sex does not necessarily mean you are about to get some unwelcome attention - it could be you do have something in common. I made just as many male friends from a dating site as I did female friends.

It did for me. I met her on-line and we recently celebrated our second wedding anniversary.

An unknown bomber is stalking New York City. He is sending Eve Dallas taunting letters promising to wreak mass terror and destruction among the "corrupt masses." And when his cruel web of deceit and destruction threatens those she cares for most, Eve fights back. It's her city ... it's ... more...