« Behind the Candelabra review

Now You See Me review

ProdID: 5640 - The Legend of Hercules
Directed by Renny Harlin 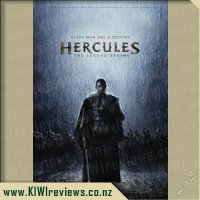 Disclosure StatementFULL DISCLOSURE: A number of units of this product have, at some time, been supplied to KIWIreviews by the company for the purposes of unbiased, independent reviews. No fee was accepted by KIWIreviews or the reviewers themselves - these are genuine, unpaid consumer reviews.
Available:
25 June 2014

The Legend of Hercules product reviews

Betrayed by his stepfather, the King, exiled and sold into slavery because of a forbidden love, Hercules must use his formidable powers to fight his way back to his rightful kingdom. Through harrowing battles and gladiator-arena death matches, Hercules embarks on a legendary odyssey to overthrow the King and restore peace to the land.

I actually had no idea that this film had been made. When I saw 'Hercules' in the title, I instantly assumed it was the film featuring Dwayne "The Rock" Johnson, that is also being released this year, so I was a little surprised when I saw who was starring in this movie.

This film was below average, to put it lightly. This looked to incorporate the successful attributes of such films and television shows as 'Gladiator', '300', and 'Spartacus'; even going as far as to cast Spartacus himself (Liam McIntyre) in the film as a supporting actor. Unfortunately, all of the theatrical pieces that this film attempted to use, were not used properly.

The battle scenes are full of uncoordinated patches of slow motion. A lot of the slow motion was used to not accentuate huge hits within the battle, or tide-turning events; instead it was used during areas of high CGI, which appear to be a set-up for 3D viewing. It all looked rather out of place.

Even the gladiator arena battles were less than glorious, short, and incredibly predictable. There was no honour in the fighting styles, and there was little effort put into the fight choreography. Even the colour tone and excessive blood was not entertaining, and made the film appear tacky.

The plot itself has very little to do with the actual Greek Mythology, and couldn't decide if Hercules was in an Origin story, and action film, or a romance novel. The acting was poor, and I was really expecting more. Even Sotiris (Liam McIntyre) could not save this film. His role was more of a cameo, than a supporting role, and the dialogue was composed of meaningless cliches that seeked to only accelerate the "story line" onwards.

The CGI was laughable, and I need to mention which parts I am referring to. Not even 10 minutes into the film I was laughing at the "realistic" computer generated effects.

This film looked like it could have been good, and it had enough of a budget to do well, but the plot was not well written, and no actor could have made it work. It is unfortunate, because I loved 'Gladiator', '300' and 'Spartacus'; the action is intense and exciting, but this was just anticlimactic. I won't even talk about the ending of the film. I would simply say that you should give this one a miss.