Made In Italy review 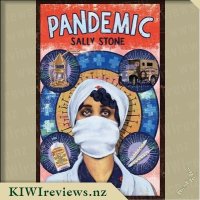 Disclosure StatementFULL DISCLOSURE: A number of units of this product have, at some time, been supplied to KIWIreviews by the company for the purposes of unbiased, independent reviews. No fee was accepted by KIWIreviews or the reviewers themselves - these are genuine, unpaid consumer reviews.
Available:
November 2020

The last influenza pandemic the world faced was in 1918, when the deadly "Spanish Flu" spread around the world. Part of the popular "My New Zealand Story" series, "Pandemic" is the fictional day-to-day diary of 11-year-old Freda Rose, who is looking forward to the return of her brother Bobby from the Western Front. Little does she know that something else is on its way from battle-scarred Europe: a disease that will soon prove more devastating than any war.

As time goes on, more and more people fall prey to the Spanish Flu. Schools are closed and public gatherings cancelled. And when at last Bobby does come home, he is not the same person who went away.

Included in the book are photos from the 1918 era and an end note which places the Spanish Flu epidemic in its historical context. Suitable for ages 10 and over. 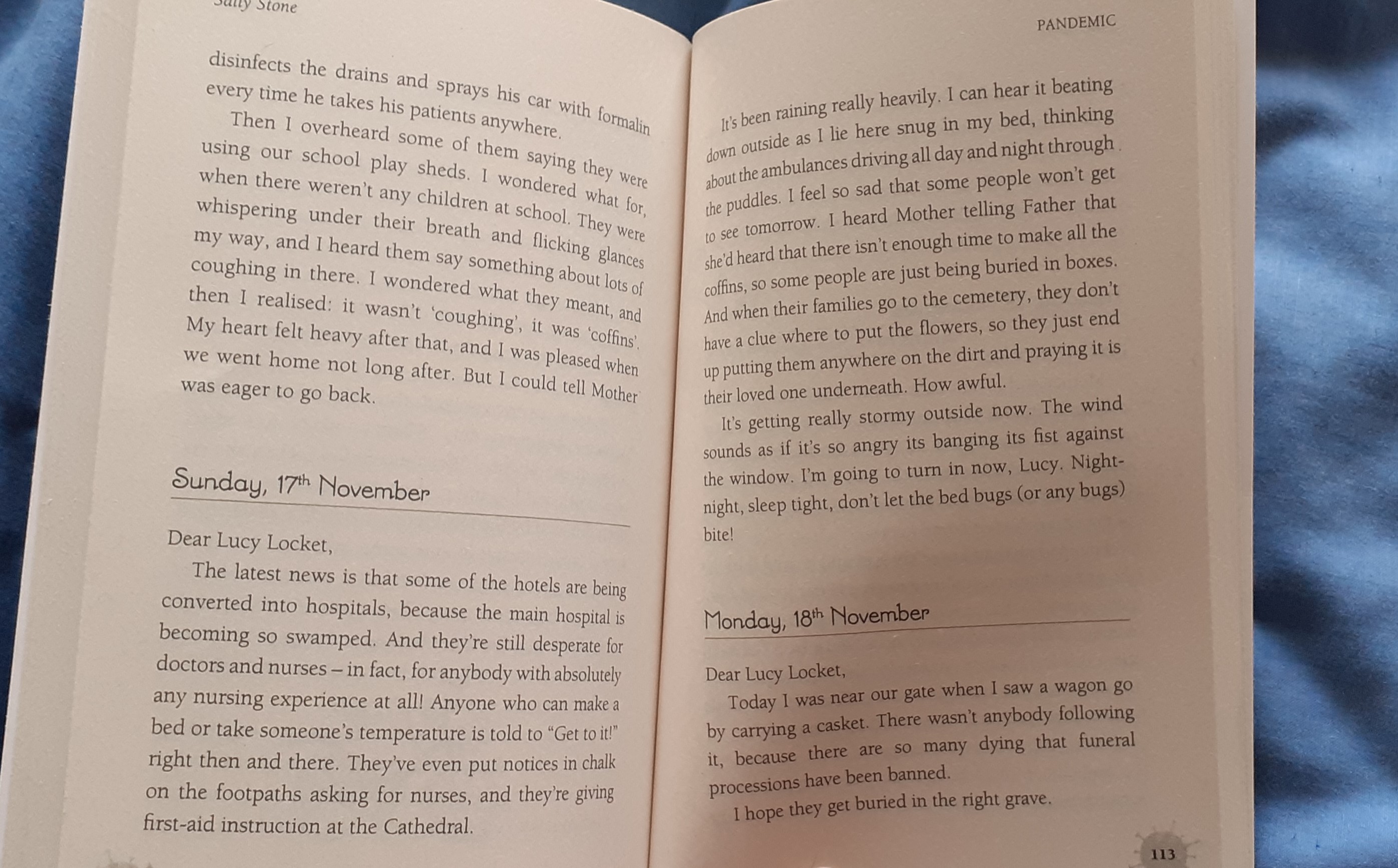 Pandemic is a book in the My New Zealand Story series is based on the Spanish Flu pandemic that swept through New Zealand at the end of World War 1 and infected almost half the population and killed more than 8,600 people. Worldwide, the influenza killed at least 50 million people and was one of the deadliest natural disasters in history. The story is told from a first person point of view in a diary form. 11-year-old Freda Rose is a typical young girl who enjoys school and being with her friends. She is a likable and resilient character that has to deal with loss and hardship and she would be relatable to most children around the same age. Freda lives in a small Canterbury settlement with her mum, dad, and grandmother. Her brother, Bobby, left to be a stretcher-bearer in World War 1 and Freda is looking forward to her brother's return from overseas.

My 12-year-old thought it was a little bit confusing at first, but after I read it, I told her to read it again and she thoroughly enjoyed it. It also gave her an insight into the current pandemic and she was able to appreciate how lucky we are. Freda helps her mum around the house and does the chores on the farm. I was able to talk to my daughter about how the jobs were labour intensive and there weren't the modern-day conveniences that we enjoy today.

The Spanish Flu spreads quickly and kills the young and strong, with some victims dying only hours after experiencing the first symptoms. Freda's life changes dramatically as a result and she is unable to go to school or places where there are large gatherings. Again, this resonated with my daughter when we had Lockdown earlier this year. The flu personally affects Freda's family and she eagerly awaits the return of her brother. Unfortunately, when Bobby does arrive home, he is disfigured, angry, and disillusioned with the world, and not the brother Freda remembered.

The novel is an easy read and will appeal to adults and both boys and girls who are interested in history. It deals with death and loss in a sensible and age-appropriate way and is a great read.

The title says it all. This is a timely book which is bound to have appeal, not only for the children who are the target audience, but also for older people who have learned first hand just how difficult life can be during a pandemic. It is not possible to read Freda's story without recognising the similarities - the closed schools, the emphasis on staying home where possible, and the use of masks when out in public. Because the 1918 pandemic happened a long time ago, people cannot remember it. It happened before they were born! But the message is a strong one and one which Sally Stone emphasizes throughout the second half of the book: it is important to take events like this seriously, and to ensure the most vulnerable people are looked after.

I was intrigued, however, to find that the pandemic theme did not kick in properly until halfway through the book. The first section sets the scene - introducing the main character (Freda), and following her interactions with family, school mates and people in the wider community. In the course of this section of the narrative, there is a wealth of information about New Zealand life in the early 20th century. I was fascinated by the descriptions of some of the clothing and health practices, and suitably horrified at the way children were treated in some schools. Freda did not have it easy; her relationship with her father was a difficult one, but all too typical of the times.

It is a tribute to the author's ability to tell a story that I was in no way disappointed to be presented with Freda's background in the first instance. It was so interesting that it did not matter at all; when the pandemic did start to feature, it evolved naturally from the storyline that was already in place. After I had finished reading the book myself, I passed it on to Miss Nine. It was no surprise to find that she had exactly the same impression that I did: she enjoyed the whole story and said she would not change anything. It was not too difficult for her to read, in part due to the diary format which ensures the chapter divisions are frequent and the language is accessible to a young reader.

We especially liked Minky Stapleton's cover design. It combines the historical perspective (the bottle of Baxter's Lung Preserver and the old-fashioned ambulance) with the image of a nurse in a face mask. Not full PPE equipment, alas, but people obviously were on the right track a hundred years ago. The cover has kid appeal, but its colourful design and in-your-face graphics ensure that it will stand out on a bookshop shelf for older people as well. Add to that the archive photographs at the end of the book; the result is a historical novel which will be read for years to come.

What is amazing is the way human nature has changed so little. Unproven remedies like keeping your hair short and eating lots of onions to stay healthy during a pandemic have a parallel today when people are encouraged to try weird cures like injecting bleach! Putting the blame on another country or continent is another pattern; during the 1918 flu Europe was the perceived culprit; today it is China. In 1918, the Niagara was said to be responsible for the spread; today it is the cruise ships. But, most telling of all, Freda's mother tells her daughter that anyone in the USA who went on a train without the mandatory mask during the 1918 pandemic would have to pay a fine. So maybe some things have changed after all!

I had just one small reservation, and that was in the Preface to 2020 edition rather than the text proper. COVID-19 is still being evaluated; the long-term effects are not yet known, and not everyone who survives does make a full recovery. It is suspected that ongoing respiratory issues and other physical problems are emerging among some who have "recovered". Another point is that the virus has mutated and it is still not clear where it started. Maybe bats, maybe not.

But other than that, both Miss Nine and I thought this was a wonderful story: topical, well crafted, and educational without ever losing pace or becoming boring. It is a book that every New Zealand child should read.

Baby Elephant thinks she's big enough now to have adventures all by herself - so she sets off, leaving her big wise mum behind.
But she soon realises that the world can be a scary place for the little elephant.
Perhaps she does still need her mum after all!