Blinded By The Light review 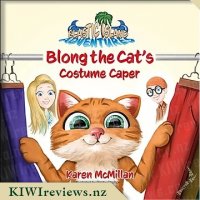 Disclosure StatementFULL DISCLOSURE: A number of units of this product have, at some time, been supplied to KIWIreviews by Duckling Publishing or their agents for the purposes of unbiased, independent reviews. No fee was accepted by KIWIreviews or the reviewers themselves - these are genuine, unpaid consumer reviews.
Available:
December 2019

From the bestselling Elastic Island Adventures series comes a delightful stand-alone book featuring one of its favourite characters, Blong the cat. Blong goes shopping to buy a special outfit to wear to a wedding, but not everyone likes his choices!

A story of costumes, numbers and dancing, all wrapped up in a bow of kindness. 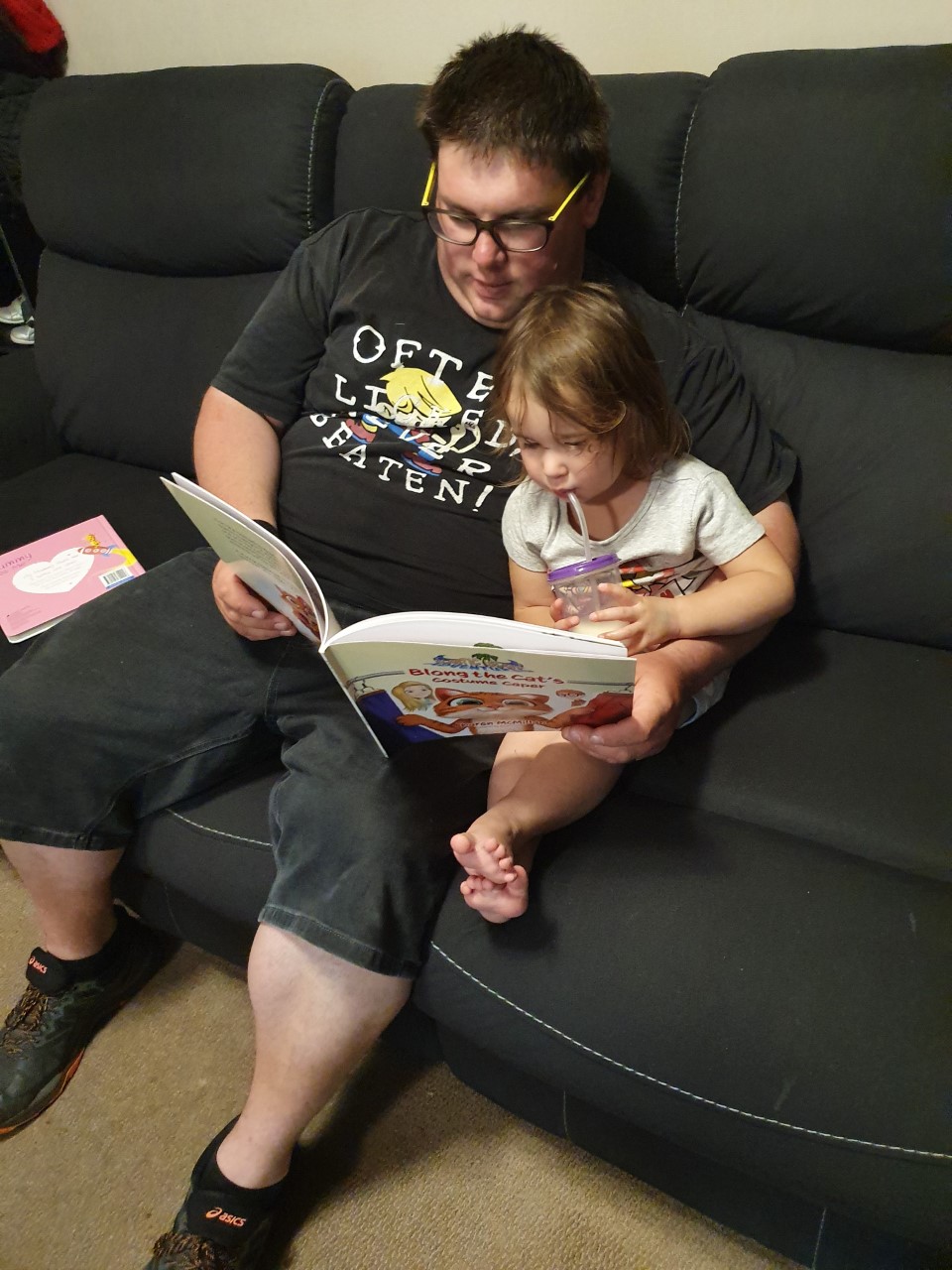 Miss Two (and a quarter) is at the age where she adores animals (especially cats) while her idea of fun is dressing up in lots of different colourful costumes. So she was doubly happy when her father showed her "Blong The Cat's Costume Caper" and she realised that two of her favourite things were combined in one story. She took very little persuasion to climb up on his knee and read the story with him. At her age, reading is very much an interactive experience as she acts out the events of the book, or repeats various words as she recognises the pictures that accompany them.

It is amazing to see the concentration in a child so young when the book is pitched at the right level for her. Miss Two was completely engrossed in the story, dancing along with Blong with great enthusiasm and pointing out various items of clothing like the bow tie, the flowers on the lei, the banana suit and the pirate hat. Although some of the language was challenging for a two-year-old, the story all but told itself through the illustrations which matched the text so perfectly. In fact, this was a fun and easy way for a young child to increase her vocabulary without realising that she was learning!

It is also rewarding to see the developing sense of others as a child learns to stop being egocentric and begins to take other people's feelings into account. When Ethan continually criticised Blong's taste and put him down, Miss Two said "cat sad!" to her father. She thought Ethan had a mean attitude and her sympathies were all with poor Blong. Luckily, Emma was on the same wavelength - she told Ethan off and made him think about what he had done. All ended happily, much to Miss Two's delight, as Ethan agreed with Blong's final choice of costume. The two children and Blong were so happy that they ended up dancing together - which was Miss Two's cue to dance as well!

There were two other learning opportunities in the book. The costume possibilities were numbered (first through to tenth), giving the young reader an introduction to ordinal numbers. Miss Two can count using cardinal numbers, but this is a nice simple way of adding a different means of counting. The other opportunity was provided by the repetition of nonsense words (zing-zong, ting-tong etc) all of which rhymed with Blong's own name. Rhyming and repetition are both powerful ways of reinforcing learning for young children; the fact that they were amusing made it just that much more fun to say them!

I think I can safely say that Miss Two will be getting a lot of fun from this book. In fact, it will not be long before she knows it by heart and will be able to "read" it to her dad rather than the other way round.

Score: 10.0
Product reviews for listing 6179: Chronicle of the Fallers 1 - The Abyss Beyond Dreams -  Written by Peter F. Hamilton

When images of a lost civilization are 'dreamed' by a self-proclaimed prophet of the age, Nigel Sheldon, inventor of wormhole technology and creator of the Commonwealth society, is asked to investigate. Especially as the dreams seem to be coming from the Void - a mysterious area of living space monitored and controlled because of its hugely destructive ... more...