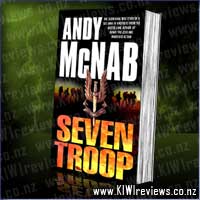 Disclosure StatementFULL DISCLOSURE: A number of units of this product have, at some time, been supplied to KIWIreviews by Penguin Random House or their agents for the purposes of unbiased, independent reviews. No fee was accepted by KIWIreviews or the reviewers themselves - these are genuine, unpaid consumer reviews.
Available:
3 October 2008

I wonder why Dinosaurs Ruled
Rating: 9.4

Score: 10.0
Product reviews for listing 3060: How to Make Stonehenge Out of Biscuits - a Years Worth of Crazy Ideas -  Brand / Author: Tracey Turner

Whether they're writing their own detective story in honour of Sir Arthur Conan Doyle's birthday or making a Stonehenge out of biscuits to mark the Summer Solstice, this title offers kids recipes for invisible ink, lessons in limbo, and a course in dusting for finger prints.