ProdID: 8897 - That's What Dragons Do
Written by Raymond McGrath 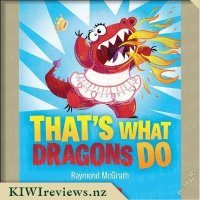 Disclosure StatementFULL DISCLOSURE: A number of units of this product have, at some time, been supplied to KIWIreviews by Scholastic (NZ) or their agents for the purposes of unbiased, independent reviews. No fee was accepted by KIWIreviews or the reviewers themselves - these are genuine, unpaid consumer reviews.
Available:
August 2021

That's What Dragons Do product reviews

Who wants to go to bed when there are adventures to be had?

RARR! I'm a dragon. I can roar! I can fly! I can swish my tail!
And I can make fire in my mouth... RRAAAARRR!
Because that's what DRAGONS do!

The wild and imaginative play of two children before bedtime gets more and more rowdy...until in comes Daddy to tuck them in and turn out the light... because that's what DADDIES do!

Another banger of a book that was instantly a hit with Mr Two. I am a big fan of books that have great illustration with minimal words whilst still being able to tell a story. A good games a quick game is my motto for getting a child to bed and this is the optimum bedtime story.

This story has a bit for every childs favourite fad at the time. Firefighters, fairies, diggers, and space to name a few. There have been a few occasions where we couldn't go past the page about the trucks and diggers. The narrative was especially funny with tounge twister alliteration describing the digger dumper dump trucks which my son loved. It is a great tale of a childs imagination bringing it back to reality with dad turning on the lights at the end.

This is a great book to easily engage and entertain with young children. The pictures are well drawn that are bright and fun and the story is simple and easy to read. This would be suitable for all age ranges as it is easy for parents to read. It has simple repetitive text to help with their vocabulary learning to read and speak out loud. 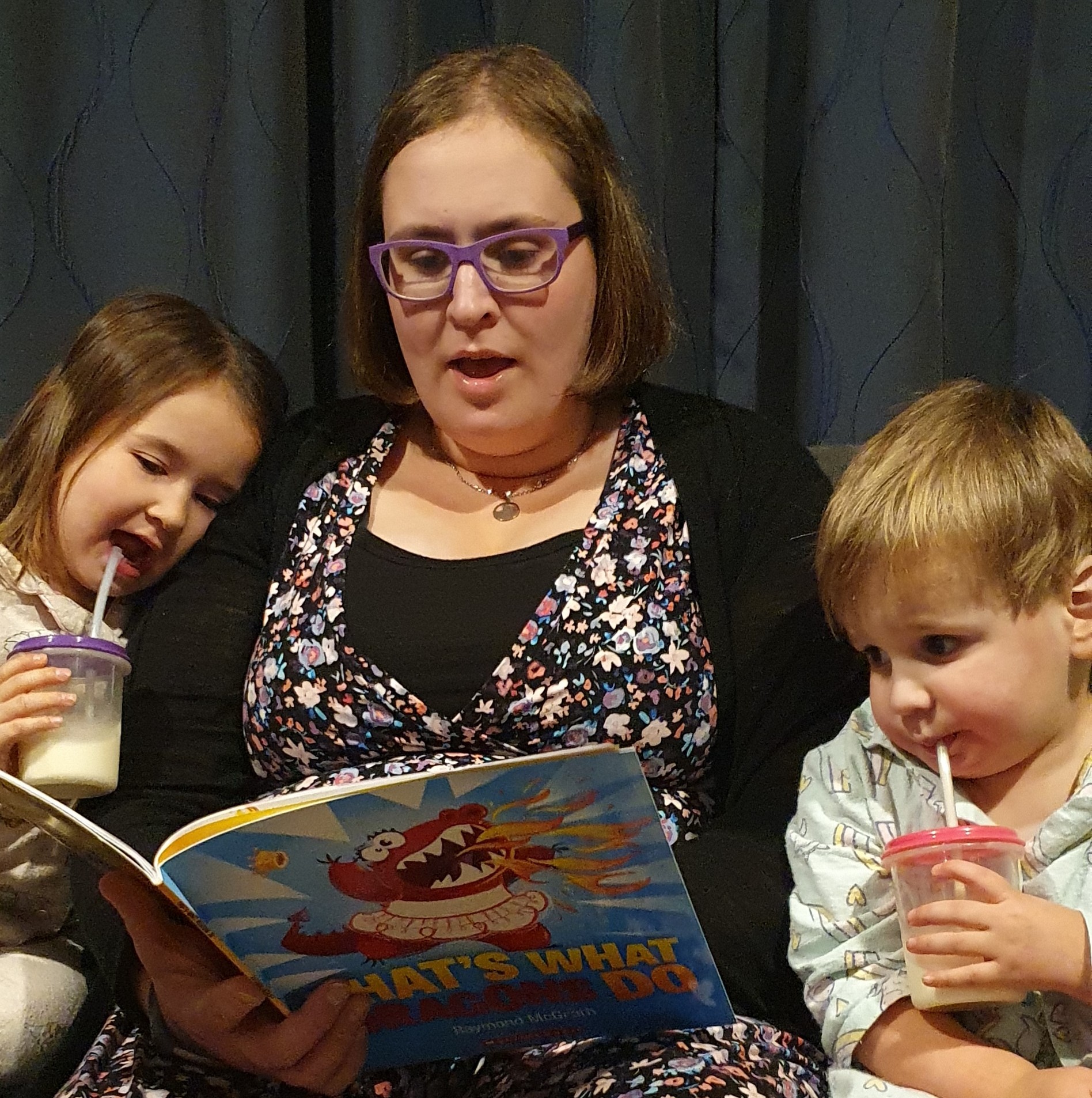 Miss Four's first reaction to this book was that it was silly - as a child who is not too far away from starting school, she felt that the humour was beneath her. But she was speedily won over by the sheer hilarity of the story. Her little brother was laughing uproariously every time each character was challenged in turn by a new one - all because they were acting as they were meant to. Very soon the two children were joining in with the repeated question "Hey! What did you do that for?" and then collapsing in fits of giggles.

The children both love to play at being different characters embarking on different imaginary adventures. Sometimes their games are interrupted, however, when it is time to go to bed - just like the children in the book! The appearance of Dad at bed-time was a reminder that playtime was over and it was time to go to sleep. What child has not tried to talk his way out of that one? All the same, there is the reassurance of coming back to reality and snuggling into a safe bed while a real Dad tucks him in and turns out the light.

Miss Four loved the illustrations. The bright colours appealed to her, and she had great fun picking out the toys in the children's bedroom at the end of the story - these toys, of course, were the inspiration for the various role plays the two children cycled through. The digger dumper was especially funny as its antics were described in a series of tongue twisters, guaranteed to have anyone reading aloud to get hopelessly tongue-tied. There is no way you can say "I dump big with my big digger dumper" without totally losing the plot. It is hard to say who thought it was funnier, Miss Four and Mr Two, or their parents who were trying to keep a straight face.

Although the story is great fun, it is also easy enough for very young children to follow. Mr Two had no problems understanding it, and Miss Four could "read" it without assistance once she had listened to it several times. Between the graphics and the repetitive text, it was quite straightforward and totally accessible for a bright four-year-old. She was even able to read it to Mr Two, who was happy to listen to it over and over. When she starts school, she will be well prepared to develop her comprehension skills; the will to understand is already there thanks to publications like this one.

When buying a house, for example, it's best to let our unconscious mull over the many ... more...