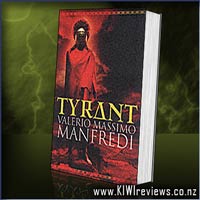 Score: 8.4
Product reviews for listing 3199: The Story of Bo and the Circus that Wasn't -  Author: Kyle Mewburn