« Attack of the Shadow Smashers review 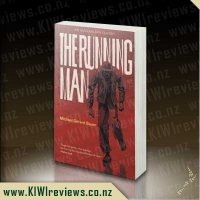 Tom Leyton, a reclusive Vietnam veteran, has been the subject of rumour and gossip for thirty years. When Joseph Davidson, his young neighbour and a talented artist, is asked to draw a portrait of him, an uneasy relationship begins to unfold, one that will force each of them to confront his darkest secrets.

This is a story about how we perceive others, the judgements we make about them, how we cope with tragedy and the nature of miracles.

This was certainly an interesting read. A lot of it was very predictable as I came to read it, but you still hope against hope that it wont turn out the way you imagined. This book was well written, and talks a lot about the effects of wars and their forgotten soldiers. Focusing on a boy with an absent father, and a brother forced back into the world by a devoted sister , these two lives are inexorably entwined.

I will admit even as a book for teens, I didn't put it down until I finished it. I was intrigued to find out the end result of all of these silkworm symbolisms.

In my honest opinion, the characters aren't quite described well enough. And I would often come across lines in the book that would contradict the images of the character that I held in my head; following the behaviours and mannersims, I had expected the Leyton's to be a much younger duo. But on the other hand their personalities were very well explored, and it still engaged the reader.

It was an easy read, with good short chapters to give you a sense of accomplishment, always wanting to just read one more chapter. I would definitely be cautious as to what age I would allow to read this, as while not graphically detailed, some of the content that is mentioned, may not be suitable for younger ones. But War is cruel, and has devastating effects. Perhaps it is best that the next generation learn this sooner than late

As this was clearly a teen read I wasn't sure I was going to enjoy this book despite the story being an Australian Classic. Well within the first chapter I was hooked and by the time I had read to the end of this book I had already decided it would have a spot as a keeper on my bookshelf.

This book deals with some very difficult issues so is not one of those books I would give to my little miss who is already reading way beyond her years. This is probably a good book to read first before your child so you can be aware of some of the issues they may want to discuss whilst or after reading this.

The central themes in this book are those of love, friendship, acceptance and understanding and the realisation that events that occur can shape our futures in a way far different to that that we might have imagined for ourselves. This book is so well written that even though it is written for a teen audience it still captured me and had me staying up late to finish it.

Written in the third person the story focusses on young Joseph and his evolving relationship with the mystery man next door, Tom. Tom has had his life permanently and tragically altered and is traumatised by events that occurred during his tour in the Vietnam War. Interwoven with their story is the story of silkworms and the story of the Running Man and Joseph's parents and his relationship with them.

This book is by far one of the best teen reads I have read for a very long time. Whilst I think this book would be more aimed at a male reader I think the central tenants of this book are such that boys and girls alike will benefit greatly from not just reading this book but discussing it. It is one of those books that is perfect for an English Literature analysis. I actually can't recommend it enough. Because I stayed up late reading this book I actually intend reading it again as it has a lovely poem about silkworms midway through and I just love the way the silkworms thread through the book in such a skilful way.

This is a must read for any young teen but as an adult it is also a very thought provoking read and very enjoyable.

Top marks from me for this aptly named Australian Classic.

Parent's Guide
Cute pictures, rhyming text to read aloud and touch and feel textures make this book perfect for you and your bright baby