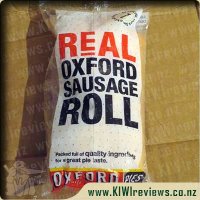 Our delicious herb flatbread is toasted until golden and filled with flavoursome smoked chicken slices mixed with grilled onions, all on crisp lettuce mix.