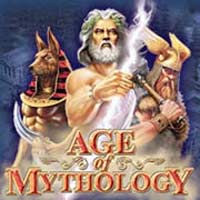 Disclosure StatementFULL DISCLOSURE: A number of units of this product have, at some time, been supplied to KIWIreviews by Microsoft or their agents for the purposes of unbiased, independent reviews. No fee was accepted by KIWIreviews or the reviewers themselves - these are genuine, unpaid consumer reviews.
Available:
Any good PC retailer

Taking on the role of one of nine ancient civilizations, players guide their people to greatness by commanding all aspects of their empire: gathering resources, raising massive armies, waging war against enemies, establishing profitable trade routes, building new settlements, enhancing production or military might with improvements, exploring new frontiers, and advancing through four distinct ages.

In their struggle for supremacy, players can use mythological creatures like Minotaurs and Cyclopses to bolster their armies' strength. Players may also call upon the gods for assistance in flattening enemy towns with meteors or scattering opposing troops with lightning storms.

All of this is brought to life using a revolutionary 3D engine developed by Ensemble Studios. The engine is capable of providing the most realistic, beautiful, and immersive world ever seen in a real-time strategy game.

This is a great game that give people an insight into the mythologies of ancient society. Also as an strategy game it is fun full of hours of game play with a Campaign that interlocks all the races in the game. When compared to its early counterpart, Age of empires it gives people a chance to play a strategy game with magic and dynamic creatures. That change the style of game play from its original simple combat with the addition of god powers that can change the direction of a match. As well as the added commodity of faith that is needed to create myth units.

Its a must game to play on Lan-line or internet because playing against a person brings a whole new dynamic to the game because how different each person's play style is. With AOM being a real time game there is no waiting around for people to make choices before its your next turn. With all games there is the risk of other player using cheats, but with the online system in AOM, you have the option of locking out cheat codes.

I love RTS (Real Time Strategy) games. I was first introduced to this genre when I played Dune 2 by Westwood Studios, since then i've played just about every RTS I could find and then I found Age of Mythology. This is an RTS with a difference.

First you have your normal collect resources to build stuff, plus on top of that you have deities(Gods) who help you increase through the Ages. Each age has a couple of Deities associated with it and you must choose one to follow for that age.

Each Deity has it's own pros and cons and it's up to you to weigh up the choices and choose the right one. In the single play Campaign you play as the Atlantians (following Greek Gods) add into this 3 unique races in the multiplayer option (Greeks, Norse and Egyptians) and this makes for a wonderful gaming experience.

Add to this a vast resource of addon maps, scenarios and units plus the "Titans" Expansion Pack and you've got a game that will hold you attention for a while to come.

The game of pure strategy that will have your mind twisting and turning!

To win, you just need to be able to make the gold top cog turn, by having a linked path to your base cog. It's that simple... but beware!

After each move, you MUST be able to turn your base cog freely. If not, you must make a different ... more...