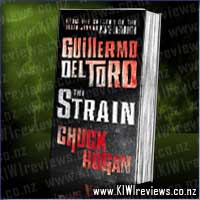 A Boeing 777 arrives at JFK and is on its way across the tarmac, when it suddenly stops dead. All window shades are pulled down. All lights are out. All communication channels have gone quiet. Crews on the ground are lost for answers, but an alert goes out to the CDC. Dr. Eph Goodweather, head of their Canary project, a rapid-response team that investigates biological threats, gets the call and boards the plane. What he finds makes his blood run cold.

In a pawnshop in Spanish Harlem, a former professor and survivor of the Holocaust named Abraham Setrakian knows something is happening. And he knows the time has come, that a war is brewing . . .

So begins a battle of mammoth proportions as the vampiric virus that has infected New York begins to spill out into the streets. Eph, who is joined by Setrakian and a motley crew of fighters, must now find a way to stop the contagion and save his city - a city that includes his wife and son - before it is too late.

Songs of the Dying Earth
Rating: 9.8

From the man behind Pan's Labyrinth (Del Toro), I was expecting something weird, freaky and yet intriguing. I got horror, pure and simple. The classic dracula, mixed with zombies, set in a lair beneath the ruins of 9/11. Now it is important here to note that I am NOT a horror fan, at all. I like being safe and happy and not contemplating what might be hiding in the shadows as I go to bed at night. Yet despite that, I enjoyed this book, at least to begin with.

It really started out quite well, almost CSI style, with a dead plane and no explanation. I was intrigued and liked the developing characters. But then this guy started eating his pet dog and I was like "um... no!" I don't really want to know about how guilty you would feel when your body starts forcing you to drink the blood of those you care about. Pretty soon after that, an extremely dead little girl turns up quite animatedly on her daddy's doorstep and I skimmed to the end (over half of the book) because I wasn't brave enough to read it properly.

If you like to be scarred by a book - this is definitely that scariest book I have ever read (but then I haven't read any others, so that's not much help). It's got a lot of gore, a lot of vampire slashing and somehow pulls it off very realistically. They could make a movie of it very easily (though I wouldn't go for obvious reasons).

Another thing you should know, it is part of a series so it doesn't have a proper ending. It's not so cliff-hanger that you hate it, but not all nicely wrapped up either. Happy reading (or not).

When Nat Carver and his Wolven pal Woody learn that their arch enemy is creating a bad werewolf pack, they know they must stop him.

Although it doesn't help that Nat's having problems with his own shape-shifting ability.

Digging deep into history, the boys have to solve clues and riddles to stop one of the worst monsters ever!