« Who Took the Toilet Paper? review

ProdID: 9047 - There are NO MOA, e hoa
Written by Melinda Szymanik 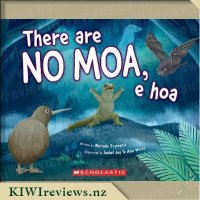 Disclosure StatementFULL DISCLOSURE: A number of units of this product have, at some time, been supplied to KIWIreviews by Scholastic (NZ) or their agents for the purposes of unbiased, independent reviews. No fee was accepted by KIWIreviews or the reviewers themselves - these are genuine, unpaid consumer reviews.
Available:
November 2022

There are NO MOA, e hoa product reviews

Kind-hearted Kiwi and unflappable Bat come to the rescue again in this story of mystery, magic, and forest friendship.

"Help! Emergency! BatKiwi - where are you?" Once again, the call for BatKiwi rings out through the forest. This time, Tuatara is convinced that he has seen moa in the shadows and they want to eat him.

"There are no moa, e hoa," Bat and Kiwi assure him.

But Tuatara is persistent. He can feel the presence of moa in his bones. The ground is trembling, the trees are shivering. Is Tuatara seeing things, or are there moa lurking in BatKiwi's forest?

Isobel Joy Te Aho-White captures the spirit of Tuatara, Bat, Kiwi and their forest friends perfectly through her beautiful illustrations. 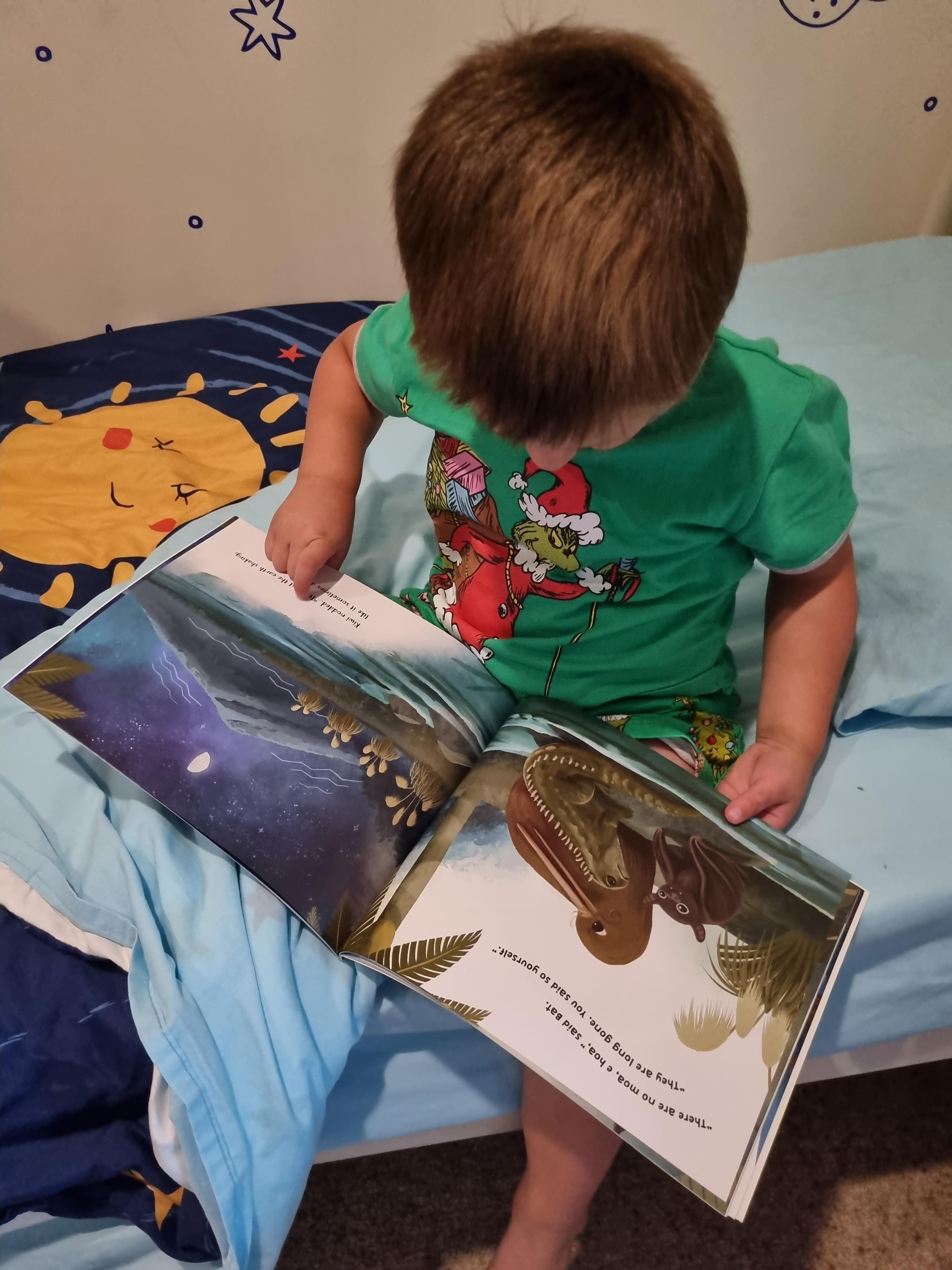 Miss Five has learned about moa, so was interested in the book title - could they still be around? Meanwhile Mr Four latched on to the fact that the heroes of the story, Bat and Kiwi, were protagonists he had already met in a previous book so he was just as excited to learn about their latest adventure. He was captivated by the graphics of the tuatara and the "ghost moa". At first, he thought they were scary but quickly realised that they were just beautiful pictures, and nothing to be frightened of.

Initially, Miss Five could not remember what "hoa" meant so her immediate request was for a translation! Once she and her mother had discussed it, she realised that they had used the word during karakia at kindergarten, so she had known it all along. After that, she recognised the repeated sentence "There are no moa, e hoa" throughout the book and insisted on reading it aloud every time she came across it.

The theme of the tuatara having mysterious sightings of the long extinct moa provided an excellent way to initiate discussions with both children about how species die out, and how humans can help to protect endangered animals. Children are naturally passionate about causes like animal protection and will become really enthusiastic about helping out when they are given the opportunity. These stories are perfect for bedtime as they are exciting enough to maintain the children's interest but not so eventful that they stop them from going to sleep. This is not the time for too much humour which might stimulate them too much.

From an adult perspective, we were enchanted by the quality of the artwork. Although the story is set at night in the bush (because both bats and kiwi are nocturnal), the images are clear because moonlight is a prominent feature in the darker scenes. Others, where the various creatures are seen in closeup as they speak, are depicted on a plain light background with dark text. I sometimes have issues reading glossy material printed in white on a dark background, but I had no problems at all this time round. The balance between light and dark is just right.

The text has plenty of repetition to help children remember the wording. The book title, "There are no moa, e hoa", appears frequently as does the call for assistance to the helpful duo, "Help! Emergency!" "BatKiwi - where are you?" Tuatara comes across as a bit simple; after all, she does not accept that what she has seen is an illusion rather than a real moa. There again - was she right or was it just the moon she saw? The children are still debating that one!