« Take The Lead: How To Care For Your Dog review 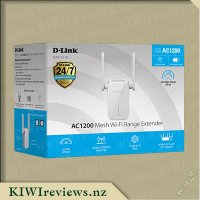 Disclosure StatementFULL DISCLOSURE: A number of units of this product have, at some time, been supplied to KIWIreviews by D-Link or their agents for the purposes of unbiased, independent reviews. No fee was accepted by KIWIreviews or the reviewers themselves - these are genuine, unpaid consumer reviews.
Available:
via online store and computer outlets

The DAP-1610 is a portable plug-in wireless Extender that lets you extend an existing wireless network and rid your home of pesky Wi-Fi dead zones once and for all.

Dual-Band AC1200
High-speed Wi-Fi for all your browsing, streaming and gaming needs.

Multi-mode
Can be used as a wired Access Point or wireless Range Extender.

WPA3 Encryption
The latest Wi-Fi security to help protect your network and devices.

•  High-speed Wi-Fi connectivity for all your devices
•  Dual-band with combined speeds up to AC1200 Wi-Fi throughout your home
•  Pair with a compatible D-Link Wi-Fi 5 Mesh Router to create a seamless D-Link Wi-Fi Mesh Network
•  Supports WPA3 wireless encryption
•  Gigabit Ethernet port for access point mode or to connect a wired device to your network
•  IPv6 ready, meeting the demands for the next generation of Internet
•  Foldable antennas for maximum wireless coverage and reliability
•  Sleek and discreet wall-plug design blends well into any home environment 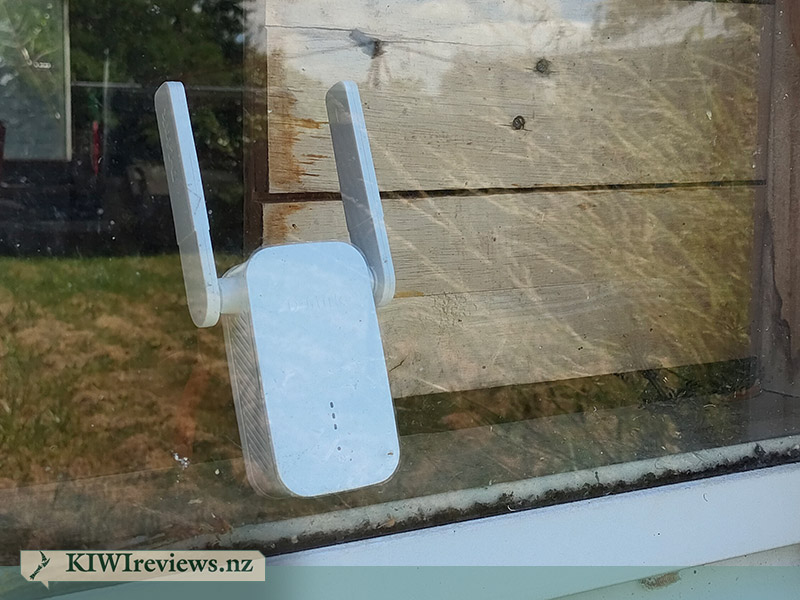 In today's connected world, dead spots in the wi-fi coverage at home can be an annoyance that really shouldn't happen. Unlike cellphone signals, which are quite a lot more powerful, WiFi signals can be blocked fairly easily, especially with the new trend of building houses from metal frameworks rather than wood. This is where a range extender/booster comes into play, as it echos the signal from your router and acts as a relay station. For most Kiwis, the idea of setting up a range extender is a little scary - it is assumed that such a task is a high-tech job and one tiny mistake could lock you out of the wider web indefinitely. Relax, this is far from the truth now. D-link has made it as simple as the press of two buttons, in most household situations.

If your router is fairly modern and comes with a WPS button, simply pressing that and the WPS button on the extender (after you have plugged it into the wall, of course) will allow the two devices to talk to each other, compare notes, and synchronise themselves without you having to do anything but wait a minute or two. If, however, your router doesn't come with a WPS function, using the D-Link WiFi app on your phone lets you add devices to your network fairly quickly and with the minimum of fuss. It's as easy as following a few on-screen prompts, scanning the QR code on the setup card in the extender's box and then following a few more prompts. No brain-burn required. "Ah, but I can't find the setup card, I think I tossed it with the packaging. What now?" No worries - there's a QR code on the back of the extender itself too! Scan that instead of the card.

This unit is not really designed for the gamer of the family. It works on 802.11ac, giving you band-speeds of 300Mbps on the 2.4GHz band and 900Mbps on the 5GHz band, which admittedly isn't too shabby, but it isn't the zero-ping option gamers will love. It is more than capable of handling the day to day data needs of a home office though, or as a way to ensure the IoT devices get strong signal house-wide. I tested this unit by plugging it into an extension cord in the garage so that I could mount it in the window that looks directly onto the main house, with a direct line-of-sight to the main WiFi access point. From there, I ran an ethernet cable through the rafters to the security camera I had mounted inside the building, giving me high-quality real-time video coverage inside the building. Previously, trying to keep the camera connected to the home WiFi proved intermittent at best, with the camera offline far more often than not. This proved to be such a stunningly easy solution to the problem of trying to punch a strong and coherent WiFi signal through the walls of a well-grounded metal-clad building because I am not able to run a cable between them.

For those who plan to use it within the main house, you will be happy to know that this unit is tidy, discreet, and should blend into almost any interior design. Slightly bigger than a pack of cards, with two adjustable external antennae, it will tuck away behind a desk or couch easily, and quietly sit there just doing its thing. Being Mesh-capable, it works seamlessly with your main WiFi so that your portable devices will simply jump to the transmitter with the best signal, without you needing to manually change any of your WiFi settings on the fly. Gone are the days of having multiple SSIDs that you need to manually select individually as you move out of one coverage zone and into the next.

Overall, if you find yourself cursing the signal drop-out in parts of your property, this is a very affordable solution that is more than 'the bare basics' but won't strangle your wallet the way overkill gamer gear will. Naturally, if you do need to satisfy heavier data loads, there are other units more suited to your needs.

The Cintiq 12WX combines the advantages of a wide-format LCD monitor with Wacom's patented, professional pen technology to form the perfect interactive companion for your Mac or PC.

Thin and light, the new Cintiq 12WX gives you the flexibility to work directly on screen as you would on paper. Easily rotate your display when working flat ... more...