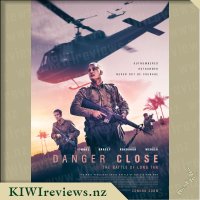 Disclosure StatementFULL DISCLOSURE: A number of units of this product have, at some time, been supplied to KIWIreviews by Transmission Films or their agents for the purposes of unbiased, independent reviews. No fee was accepted by KIWIreviews or the reviewers themselves - these are genuine, unpaid consumer reviews.
Available:
in cinemas 5th September 2019

Late afternoon August 18, 1966 South Vietnam - for three and a half hours, in the pouring rain, amid the mud and shattered trees of a rubber plantation called Long Tan, Major Harry Smith and his dispersed company of 108 young and mostly inexperienced Australian and New Zealand soldiers are fighting for their lives, holding off an overwhelming force of 2,000 battle-hardened Viet Cong and North Vietnamese soldiers.

With their ammunition running out, their casualties mounting and the enemy massing for a final assault each man begins to search for his own answer - and the strength to triumph over an uncertain future with honour, decency and courage.

This is their untold story. 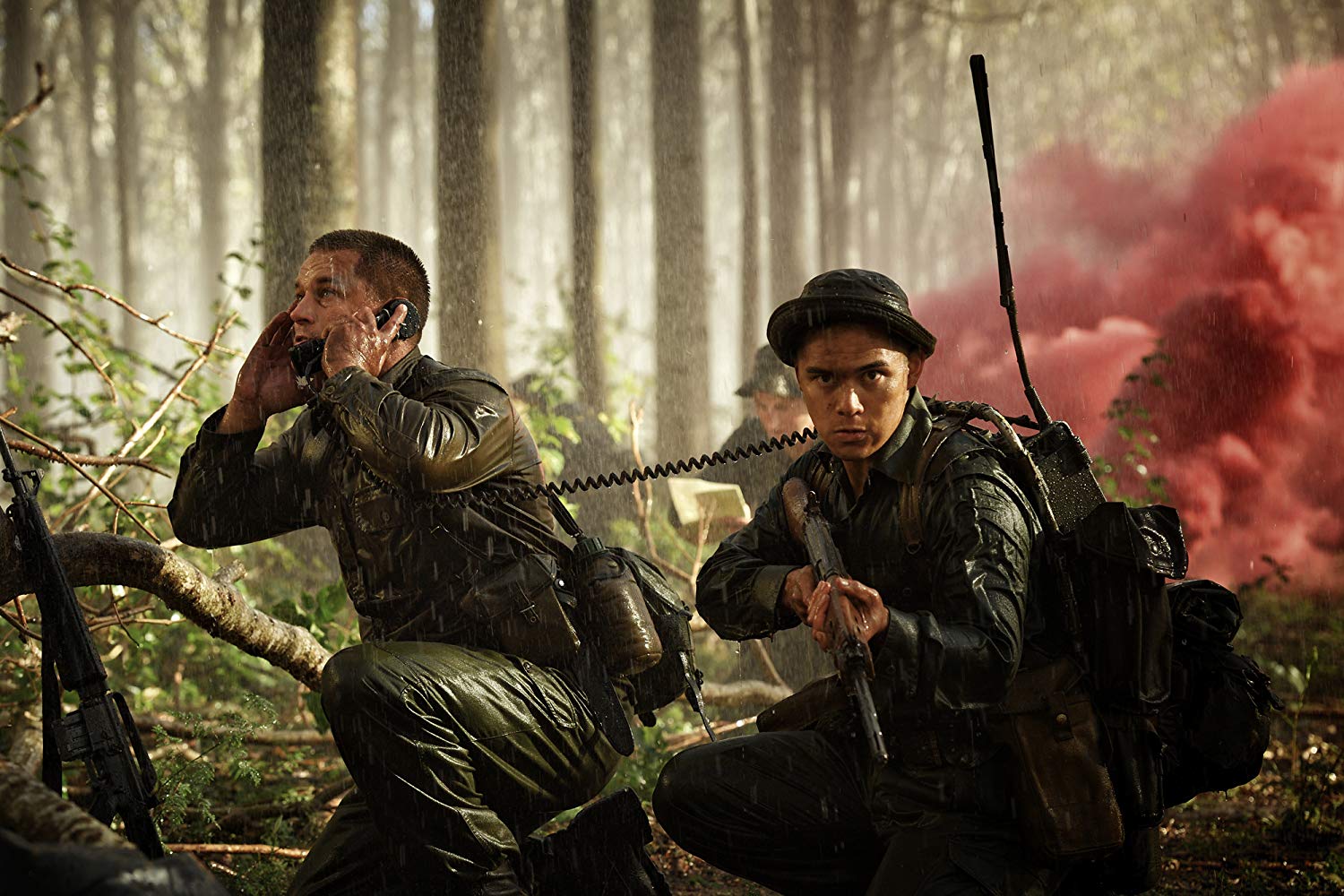 A lot of schools tend to focus on Europe and the US when it comes to history. Apart from Gallipoli, there isn't much taught about New Zealand or Australian history in New Zealand schools. As a visual learner, a lot of my history and pop culture is learned through television and movies. Even in this medium, New Zealand and Australia are under-represented, so it's quite exciting to have a film that focuses solely on an ANZAC (Australian and New Zealand Army Corps) story.

Danger Close: The Battle of Long Tan is a retelling of the first major battle that ANZAC forces underwent against the Viet Cong during the Vietnam War. Of course, while action films are great, war films are a double-edged sword these days; the audience like to honour those that gave their lives, but as a society, we are increasingly aware of how war leads to unnecessary deaths. To that end, as an audience, we can appreciate that Danger Close does not glorify war (the same cannot be said about Mel Gibson's 2002 Vietnam film, We Were Soldiers); we do not leave the theatre with a huge swell of patriotic pride that has us wanting to serve our country, but we do gain a greater understanding of what our veterans have gone through.

Admittedly, the film does not have the strongest of starts. They waste no time getting the plot going, and our introduction to our team of characters is awkward and feels out-of-place. It comes across far less disciplined than one would expect a military base to be, but that could be because the vast majority of the soldiers were conscripted young adults aged 20-21. There is a casual attitude that feels off, despite being under attack. It does allow for some dialogue to emphasise that these are ANZAC soldiers (specifically, cans of VB are drunk and the phrase "we're not here to f*** spiders" is uttered within the first few minutes).

The acting is a mixed bag. There is some great acting, alongside some average acting, and some pretty bad acting too, but the quality drastically improves once the action really gets started. There are some recognisable faces in the cast list, with Travis Fimmel in the lead role (you may remember him as Ragnar from the TV series Vikings), supported by Daniel Webber, who looks very much like a young Steve Irwin (Webber portrayed Mötley Crüe lead singer Vince Neil in the 2019 film, The Dirt).

Where the film excels is in its visual elements. Danger Close is filmed in Australia (which doesn't have any rubber plantations) so a lot of green screen and CGI is used to replicate a Vietnam-like environment--and if I hadn't seen a behind-the-scenes video explaining that--I wouldn't have had any clue that so much was computer-generated; the visual effects are seamless. From the yellow grasses to the lush green forestry, to the more barren plantation areas, the environments are immersive. The artillery effects and gunshots look real, and there is some absolutely exceptional cinematography on display.

The story actually has some similarities to Zack Snyder's 300, and while it has no "This is Sparta" moment, there are some amazing uses of slow-motion, which slows the chaotic battle scene into something easier to follow, allowing the audience a chance to breathe, while also toning down some of the more violent moments in the film; you may not be so horrified at seeing a Viet Cong soldier being hit by artillery explosions when he is moving so slowly and gracefully that it looks like a form of dance. As well as slow-motion, frequent pauses are used before the action restarts to create an incredibly immersive jump scare. That fading away of the audio combined with the intense close-ups of the soldiers fills you with suspense and tension thanks to that sense of foreboding.

The film has a few soldiers that they focus on, and the actors carry the name of the real soldiers that were in the battle but there is no big hero. Danger Close doesn't just follow this company, we get to see the communications officers in the base, the armoured personnel carriers (APCs), the senior officers, artillery personnel, and helicopter pilots, who all worked together in this battle. It focuses a lot on the procedural elements, and it really boosts the enjoyment and authenticity of the film.

Danger Close: The Battle of Long Tan is a brilliant film. Once you get past those first few awkward scenes, you end up on the edge of your seat, as this company of ANZAC soldiers are pummelled by wave after wave of attacks. A visual spectacle. This does not glorify war, but it is nevertheless a fascinating watch.

Mike Myers is back with his most hilarious character since Austin Powers, and this time he's working his mojo Kama Sutra style as the outrageous Guru Pitka!

Vying for the title of the world's best self-help Guru, Pitka must help a star hockey player win his wife back from rival athlete Jacques "Le Coq" Grande (Justin Timberlake) and, along with it, the Stanley Cup. Will Pitka's comic karmic intervention be enough to turn this losing team into champions?