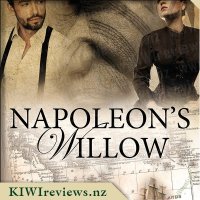 Disclosure StatementFULL DISCLOSURE: A number of units of this product have, at some time, been supplied to KIWIreviews by RSVP Publishing or their agents for the purposes of unbiased, independent reviews. No fee was accepted by KIWIreviews or the reviewers themselves - these are genuine, unpaid consumer reviews.
Available:
2016

Based on real events and people from our colonial past, this impeccably-researched and dramatic adult fiction follows the lives of the main characters as they become entwined together in an intense story of adventure, love and loss. This novel explores not only an important chapter in New Zealand's history, but also the deep and sanguine forces that drove the early settlers and pioneers to leave safe and familiar Europe to etch new lives for themselves in the far-away, unknown and often-treacherous corners of the world.

I used to be an avid reader, however this was pre-children. As my children are now getting older, I have been starting to take up some hobbies and taking more 'me' time, so this book came at the right time for me to start doing just that.

In the past I've read books that are crime and thriller fiction, the typical James Patterson author-type reader. Napoleon's Willow is a book based on true events taking place following the death of the French leader Napoleon and during New Zealand settlement times, so you can clearly see nothing like I have ever been drawn to read. I took over two weeks to complete reading this book, but that was more based on finding time to read it that the enjoyment factor, in fact I can say I really did enjoy this book. I live in the South Island and I was born and bred in the Otago area, my grandmother was born in England and immigrated here in the early 1900's, and I have often thought what it must of been like living in a new country on the opposite side of the world, setting up farming communities, schools, churches and basically whole towns!

This book helped me paint of picture in my mind of what it must have been like for these early settlers dealing with NZ's uncharted landscapes, the weather, accessing food all with limited resources. It is very well written and the Author Joan Norlev Taylor should be commended for her ability to create a fantastic scene in the reader's imagination of early New Zealand as well as the detailing the interactions and arguments between the French, English and New Zealanders (Maori).

The story itself revolves around two main characters Marianne Blake and Francois Lelievre who both took a huge leap of faith travelling across the world, leaving the families in the hope of finding a better land where they might prosper and fulfill their dreams. I thought Marianne was a strong female lead who overcame great sorrow and loss to realise her destiny in both in education and motherhood, Francois grew throughout the story and took risks by speaking up against some authoritarian figures who were misguided and just plain cruel.

I would recommend this book to readers who appreciate clever and well-researched stories, because this book is truly that, it kept me interested right till the end.

I l9ve reading and have been known to read a book just because the title sounded interesting. I read the blurb about this book and was instantly wanting to read as I love books bases on true events.

I thought the characters were well written. I really like how the women are strong and don't depend on a guy to make them feel valued. It would have been a difficult decision to leave home and move across the world to a new country, some parts of the story were easy to predict but there were parts that took me totally by surprise. I really liked how the book ended with no unanswered questions and each character got an ending even if it wasn't happy. The historical note was a brilliant idea as the book is based on real events and the story was that well done that all of it was believable but some of the characters were total fiction.

The story was fast paced and once I started reading I couldn't put it down so had a few late nights. This is going to be a welcome addition to my already huge selection of books to keep and read again. I would recommend this book to young readers who like finding out about history as the story was interesting and there was drama and romance as well as history.

I was first drawn to this book because it is set in and around Akaroa, a place I know well and visit frequently. It has always been a magical, exotic place to me because of its French place names and the altogether Gallic feel to it. So I looked forward to reading a story set in this area which I hoped would unpack some of its origins. I am familiar with The Kaik, Le Bon's Bay, Waireka and Port Levy as well as Akaroa proper and many of the other places that feature, so this would be a treat.

The story itself is not one for younger children. The style is more suited to more mature readers, although an avid young adult reader would no doubt enjoy it too - and if he or she were into historical fiction, that would certainly be a drawcard. The three main characters represent the three ethnic and cultural strands of 19th-century Banks Peninsula - Maori, French, and English (although the English character, Marianne, is actually part French, just to complicate matters).

The romantic idea of a willow slip being transported from St Helena ("the remotest island on earth") to the South Island of New Zealand (possibly at the time the other "remotest island on earth") is quite charming, and it links the different sections of the story as it not only represents the legacy of Napoleon, but also provides the healing salicylic acid which is used to great effect by the physicians in the story. At that time, of course, the physician could be anyone from a person with proper medical training to someone who had learned "on the job" to someone who had simply picked up a few first aid skills on the way; today we would cringe at some of the remedies described in the book, but that was the reality in colonial New Zealand!

I enjoyed the realistic way that life on board ship was presented. It certainly made me appreciate the relatively luxurious crossing I made myself (from New Zealand to Europe) as a teenager; things have certainly changed for the better. Ships these days are a lot more stable, and cabins are like little hotel rooms rather than open areas featuring the filthy, smelly conditions endured by those who emigrated nearly two centuries ago. And anyway, these days, we can always fly!

The struggles of the pioneers to settle in untamed areas like Banks Peninsula were realistically presented, and I appreciated the way that the problems faced by local Maori in being confronted by settlers who were convinced they owned the land as they had "bought" it were also highlighted. It was a difficult time for everyone, and this book pulls no punches in outlining the effects on the different communities.

Altogether this is a thought-provoking book which fills in some of the gaps in our history by means of a fictitious account. However, in spite of its being a work of the imagination, much of the events and many of the characters are based on what we know of real people. The other characters, like Marianne, are typical of people that would have been around then and experienced events similar to those that befall her in the story. Read the book - you won't regret it!

Score: 9.0
Product reviews for listing 7320: Rose in the Blitz
Written by: Rebecca Stevens

It's the night before Rose's mum re-marries. Rose can't sleep for worrying and nor can her muddled Great-Aunt Cosy, her namesake. Rose sees the old lady leaving the house and runs after her to the London underground. Their empty train stops in 1940, in a war-torn London broken by the Blitz.

Here, Rose witnesses great romance and impending sacrifice. Tragedy will surely follow-unless she can change what happens next...