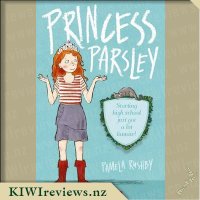 No city has as many amazing stories to tell as London. Brought low by the Black Death, burned to the ground, and blitzed...London always rises from the ashes and new generations of children are born to make its history.

Let twelve of these children lead you on an incredible journey from a simple Saxon settlement by the Thames to a vibrant, Global city hosting the 2012 Olympic Games.