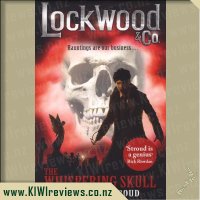 My name is Victor Starspeeder, and I was so psyched that I had transferred to THE Jedi Academy! I didn't care that my big sister, Christina, was already here, and she said I would cramp her style. My last school sent me here because they said I needed "boundaries and structure." I thought that structure meant I'd get to do crazy Jedi stuff, but Master Yoda told me, "to the theater, we go. Drama Club, you will join!" Now I've ... more...