The Fall: Season One review 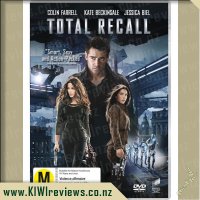 Colin Farrell stars as Douglas Quaid, a factory worker who visits Rekall, a revolutionary company that can turn his superspy fantasies into real memories. But when the procedure goes horribly wrong, the line between fantasy and reality blurs as Quaid becomes a man on the run and the fate of his world hangs in the balance. I'm not sure why they would redo the classic that is 'Total Recall'. It is unnecessary, and really just gives the film a much harder time appealing to critics. Why remake a great film. A poorly made film could easily be redone with great reviews, but remaking a great film...well the new one would either be "just as good" or "fall short of expectations". This reiteration of 'Total Recall' comes under the "falling short" category.

I will certainly admit that the original film did not really look futuristic; while some of the technology was intriguing, the overall environment was less than futuristic. This new film does have a futuristic feel, but not an original feel. I don't know why everyone thinks the future will look exactly the same. The new environment looks ripped right out of the 'Minority Report' film.

The plot follows similarly to the original, though the ending is very different, much to my distaste. One of the changes that I did enjoy, was seeing the difference in what is counted as an "attractive" female lead nowadays. I love the the casting choices of Kate Beckinsale and Jessica Biel; both actresses are action heroines in my eyes and well suited for the plot of the film. Colin Farrell made no impression on me either way. Did not impress or disappoint. He was just a vessel to watch the plot that I was already accustomed to.

I enjoyed the new, bright, clean look to the film, but not enough to say that the film even stood as equals with the original. Arnie will always be the star of the best 'Total Recall'.

Saw the trailer for this movie and thought to myself, 'why the heck would you mess with a good thing' and wasn't too concerned about watching it, but my husband was very keen to see if it was any good and how it stacked up to the original so naturally I ended up watching this. We start off with a similar premise, that a man is bored with his life and visits Rekall, where he expects false memories to be implanted but that is when things split from the original where he learns that his current life is his fake life and the fake memories are real memories.

The special effects in this are really well done but I still found it a bit too digitized and couldn't really get into it as much as I had hoped I would. The actors all do a good job in their respective roles but nothing stood out for me or really inspired me to concentrate on the movie. This movie didn't deliver anything that I hoped for and whilst the plot had aspects of the original, those aspects were all that I liked in this movie. We own it now, but it isn't a movie that I am particularly interested in watching again.