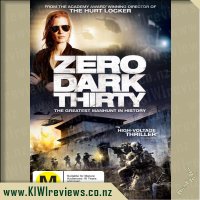 Following the terrorist attacks of Sept. 11, 2001, Osama bin Laden becomes one of the most-wanted men on the planet. The worldwide manhunt for the terrorist leader occupies the resources and attention of two U.S. presidential administrations. Ultimately, it is the work of a dedicated female operative (Jessica Chastain) that proves instrumental in finally locating bin Laden. In May 2011, Navy SEALs launch a nighttime strike, killing bin Laden in his compound in Abbottabad, Pakistan. I had heard of this films reputation prior to watching it, so all I knew was that it had some kind of terrorism theme, and that it received a lot of criticism for causing a lot of hate towards Muslim/Islamic communities. In all honesty, I got almost halfway through the film before I realised that I was watching a film about the manhunt for Osama bin Laden.

This film is obviously dark, with many depictions of torture on Intelligence Black Sites around the world. It does show the changes in society leading to less tolerance of torture etc, but it is shown in a way that makes it look like this lower tolerance is to blame for terrorism attacks, and that is something that I dislike about this film. This film is clearly portrayed as a pro-Intelligence film, that subtly mentions how much easier it would be to do things if they had more power, and if the people that they held prisoner had less rights.

The movie in itself, was less than exciting. I found the main characters arrogant, boorish, and abrasive. The film failed to flow, and had no excitement in it until the final scenes, which (I don't really need a spoiler alert here, because it was current events) turned out to be a complete massacre.

The whole idea that it was okay to torture and kill many people in order to catch one man..is preposterous, and it really made this a difficult film to watch. If the point of this film was in fact to make me lose trust in governmental agencies, and Western countries, then it did a good job, but that doesn't make a good film.