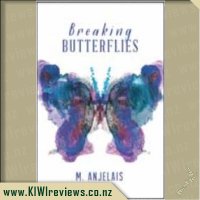 Two teens, trapped by the expectations of their dreaming mothers, are drawn to each other. One is sweet and empathetic, the other brilliant and charismatic, but damaged. A beautiful and twisted story of first love.

Mixed reviews of this book in our house, as it was a hit with my daughter aged 12 but for me it was a bit of a let down. The book started off great with a gripping storyline and followed on in that progression for the whole of the book but mid way through the book I was incredibly put off when to me the storyline began to almost normalise the idea of teen suicide. I found the author through the voice of Sphinxie made it seem so normal to contemplate suicide as if it is just an everyday choice.

This instantly put me off the book and I disconnected from the rest of the storyline with anger at what the author was portraying. Although this was turned around into something positive with Sphinxie's character reflecting on life and death and feelings I still couldn't help but be put off this book as a reading source for impressionable teen readers, and felt weird that my 12 year old had read the book, which made me feel that I needed to talk to her about the book and how it had made her feel.

She loved the story and was more focused on what she had learnt about sociopaths, as this sort of thing fascinates her at the moment with a very big fascination in all things horror. It just gave me the realisation that you should always have some knowledge of what your children are reading. My girl wrote down her impressions of the book for me which I will relay for you as her impressions of the book were a lot different than my own.

"Breaking Butterflies is an emotionally compelling story about a pair of teens who are destined to be together. A gripping novel that keeps your emotions in a twist. There are many ways to describe it like gripping, breath taking, an emotional roller coaster. At the end of each chapter you are left wondering what will happen next. The drama that oozes from each line makes the idea seem like some crazy fantasy, but the author shows you how something that sounds so messed up can be a terrifying truth. I recommend this book not only to young adults but to any drama lovers, it brought me to the brink of tears."

I do have to agree with her that it is emotionally compelling as it deals with so many real life problems, being focused on mental illness, physical illness (cancer) and death very openly. I did sit and read the book in one evening as I was compelled to find out what happened next, the optimist in me kept hoping for positives but it is a very dark story only made light by the voice of Sphinxie and the transformation she makes in learning to believe in herself.

I wouldn't write off the story as it has a lot of positives going for it I would just recommend knowing what your teen or pre teen is reading and be available to support them with any questions they may have. As mature as our teens may seem this book definitely explores some dark content which will stir some emotion.

ADMIN WARNING: Contains copious spoilers.
Best friends Leigh and Sarah make a blood oath as children that they would one day have their own children who would marry. As foretold Leigh has a little Cadence and Leigh has a daughter named Sphinx. But there is a problem Cadence has issues and after he hurts Sphinx in a terrible way and they move to England hoping to get the help he desperately needs. Unfortunately Cadence gets leukaemia and refuses chemo. Nearing the end his only dying wish is to spend time with Sphinxie again.

This book had me captivated right from the start. The story is told completely from Sphinx's point of view. The opening chapters tell the story of her mother and her best friend Leigh, how there friendship evolved and the blood pact they made. It tells the internal struggles Sphinxie has about travelling to England to see her 'was to be husband'. I loved it right up to about 2/3 of the way through then it slowed down and got repetitive. I still enjoyed it but lost that thirst to know what would happen next.

Although Cadence has leukaemia it actually revolves more around his other issue. He is a 'Sociopath'. The doctors diagnosed him and the book divulges into his thought process. To be honest I did not know a lot about sociopaths except they kill without remorse. So it was really insightful as to what it is like bringing one up. They need to be taught how to act, how to feel, how to cry - this does not come naturally. Instead they enjoy watching other people feel pain, hurt, they watch fascinated as normal people react to everyday things.

The scene with the bird was startling. I figured out that the bird would not live for long even before the scene. But after the incident Sphinx explains it. He wasn't actually meaning to hurt the bird. He saw the joy his mother received from patting it and he also wanted to 'feel'. Stroking the bird didn't give him any feeling so he tried to do it harder and then harder not realising the bird was in pain instead he was in pain because he just couldn't get that satisfaction everyone else did by caressing a poor defenceless bird.

A sociopath does not have true emotions, they only imitate them. They can never be truely happy. What little pleasure they can gain is derived from harming others around them. A sociopath can never truely experience love. This was so upsetting reading about his poor mother. Never having the joy of your baby cuddling you out of the blue and declaring that you are the best mother in the world and giving you big kisses. It's heart breaking to know that Sociopaths are born not made and 1 in every 25 people is a sociopath.

Another thing I learnt is most sociopaths have fierce shiney eyes. They can pierce you with their look. They usually just stare at people, because they are actually trying to understand them, understand their feelings - it is extremely foreign to them. They excel academically, arts, school, sports anything that does not involve feeling.

In a way Cadence reminded me a lot of Sheldon from The Big Bang Theory. How he is inconsiderate of other people's feelings, only considers himself, only his opinion matters and is extremely rude. Granted Sheldon is learning to love and finding out about feelings - where as I don't think Cadence could be taught.

I will take a lot away from this book. It is sad but yet it is breathtaking to read she escaped with only memories. It is hard having your parents' expectations thrown on you from a young age. I read this book in 2 days, it just flowed along beautifully.

Shane Devries's amazing oil paintings capture a luscious landscape where three animal friends travel amidst crocodile-ridden swamps, jungles, cityscapes and circus arenas - never quite safe, never quite alone and most certainly never, ever to smile at Mr Crocodile ... well, everyone that is, except for the daredevil monkey.