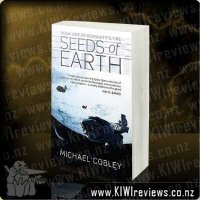 Disclosure StatementFULL DISCLOSURE: A number of units of this product have, at some time, been supplied to KIWIreviews by Hachette or their agents for the purposes of unbiased, independent reviews. No fee was accepted by KIWIreviews or the reviewers themselves - these are genuine, unpaid consumer reviews.
Available:
March 2009

Harry Potter and the Goblet of Fire (Illustrated)
Rating: 10.0

In the world of Elipsom, the ability to Call, or summon objects, is a coveted, crucial skill, revered among its people as both a powerful tool and an essential way to sustain life. But despite an elite family history, a phenom for an older sister, a best friend who is set to join the Council of Callers, and his mother's steely insistence that he learn to Call, Quin doesn't have the gift - an embarrassment made worse when his mother ... more...