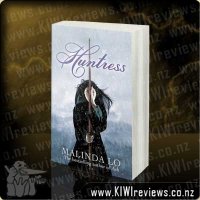 To solve the crisis, Kaede and Taisin are picked to go on a dangerous and unheard-of journey to the city of the Fairy Queen. Taisin is a sage, thrumming with magic, and Kaede is of the earth, without a speck of the otherworldly.

But the Kingdom needs only one huntress to save it, and what it takes could tear Kaede and Taisin apart for ever...

Score: 8.5
Product reviews for listing 6538: Bride of the Wolf
Written by Susan Krinard

Rachel Lyndon yearns to escape her scandalous past, but her dreams for a better life seem ruined after she buries her fiance on the Texas plains.

Heath Renier has been evading the law by the skin of his teeth for years. Now he's found a new identity as Holden Renshaw, foreman of Dog Creek Ranch. But the arrival of his boss's mail-order bride, now a widow, upsets his fragile peace and threatens to expose his deadly ... more...