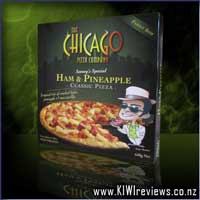 Disclosure StatementFULL DISCLOSURE: A number of units of this product have, at some time, been supplied to KIWIreviews by Romano's Pizza or their agents for the purposes of unbiased, independent reviews. No fee was accepted by KIWIreviews or the reviewers themselves - these are genuine, unpaid consumer reviews.
Available:
at supermarkets

Swiss Deli Delicatessen Liver Pate is prepared from liver of top quality New Zealand veal and pork. Seasoned with pepper, onion, ginger and parsley, this traditional ready-to-eat product is an ideal appetizer for any special occasion. It is best served spread on top of rye bread, as a sandwich filler or as a dip with ... more...