Home > Categories > Movies > Family > The Call of the Wild review

ProdID: 8563 - The Call of the Wild
Director: Chris Sanders 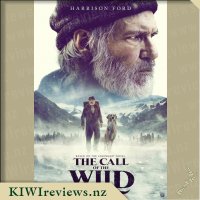 Disclosure StatementFULL DISCLOSURE: A number of units of this product have, at some time, been supplied to KIWIreviews by the company for the purposes of unbiased, independent reviews. No fee was accepted by KIWIreviews or the reviewers themselves - these are genuine, unpaid consumer reviews.
Available:
in cinemas 20th February 2020

The Call of the Wild product reviews

There is an inherent Disney quality to this film. Even though The Call Of The Wild is technically under the flag of 20th Century Studios, there is a clear impression of overly safe decisions having been made; a direction that has become a calling card for Disney. For those that have read the original novel by Jack London (from which the film is adapted), this release will feel overwhelmingly muzzled. A necessary cost if the film is to appeal to a younger target audience, but a significant change to the tone of the story nonetheless.

Compared to the novels six or so sets of owners and challenges, The Call Of The Wild only makes use of around three of those stories. This affects the pacing, with the second act slowing down considerably, especially with extra efforts put in place to connect this series of events through more ways that our main canine companion, Buck. An over-reliance on the star-power of Harrison Ford, both the movie poster and trailer heavily overexaggerate Ford's presence in the film, holding nothing more than the role of an extra and narrator for the first two acts; a travesty of sorts as Omar Sy's role as Perrault forms one of the more substantial and exhilarating sections of the feature.

One of the biggest concerns is the computer-generated elements. The majority of this film appears to be shot in front of a green screen, with lavishly coloured digital scenery that looks nice but is still generic enough to fall short of being awe-inspiring. In a film with minimal cast, environments form a vital component of the visual medium and the clarity just wasn't there. The digital cinematography has some gorgeously framed sequences, though, and takes full advantage of being able to put a "camera" in places that a live-action adaptation would have difficulty replicating.

Buck is the most important element of the CGI however, as he is the main focus of the film, and as put under a higher level of scrutiny by the viewers. Excluding a couple of short scenes marred by extreme sequences that come across as very unnatural, Buck's fur rendering and movements are animated to a quality that varies between great and exceptional. The biggest tell of Buck's computer-generated origin is the way in which he moves. While agile and streamlined there is a fluidity that is comparable to a man pretending to be a dog. A real dog will tend to have sharp, jaunted movements, with little regard for its own safety when it comes to walking or running into things. It is little behavioural things that constantly remind the audience that Buck is not real, and it meddles with how well the audience can empathise with the characters.

While the CGI is just far enough from perfect to be noticeable, the personality of Buck is exemplary. A likely consequence of director Chris Sanders - who both wrote and directed much of Dreamworks highly successful How To Train Your Dragon franchise - Buck is a highly emotive construct, and despite the obvious lack of dialogue (he is a dog, after all), the animators have placed a lot of effort and energy into how Buck conveys emotions and forms organic relationships.

With less content than the novel, and several story points changed, the pacing will likely bore the younger audiences. With many dark scenes, plenty of slow contemplative scenes, and a lot of unnecessary repeated comedic elements, The Call Of The Wild would have been better suited with a mature rating, allowing some of the darker components of the original story to remain in the script. The story, thematically speaking, is interested in exploring the best and worst of humanity as Buck attempts to discover his place in the world, but much of the tragedy and successes have been removed from the screenplay forming a more standard story without the proper emotional highs and lows.

With a runtime of 100 minutes, and little in the narrative structure to let you know how far along in the film you are you, unfortunately, feel every minute as it passes. It struggles to hook you in. With 1.5 times the budget of Disney's Togo - which trained real dogs for their sled-dog film - one would expect more, but Willem Dafoe's performance trumps that of Harrison Ford, and dog actor Diesel gives a stronger performance than that of the animated dog Buck.

One of the last remaining films of 20th Century Studios pre-merger film slate, the company is ending its independence with a whimper. Torn between wanting to tell a story with depth for maturer audiences, and wanting to not exclude the younger audiences, The Call Of The Wild has ended up being a film that doesn't cater to either age group. Production-wise the film is fine, and it looks adequate, but the tone and pacing make it a tedious affair. Togo should have gotten a cinematic release, leaving The Call Of The Wild for the Disney+ streaming service.