« PJ Masks: Save the Summer review 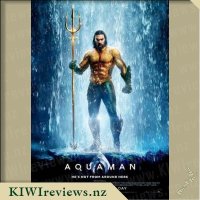 Disclosure StatementFULL DISCLOSURE: A number of units of this product have, at some time, been supplied to KIWIreviews by the company for the purposes of unbiased, independent reviews. No fee was accepted by KIWIreviews or the reviewers themselves - these are genuine, unpaid consumer reviews.
Available:
in cinemas Boxing Day 2018

From Warner Bros. Pictures and director James Wan comes an action-packed adventure that spans the vast, visually breathtaking underwater world of the seven seas, "Aquaman," starring Jason Momoa in the title role. The film reveals the origin story of half-human, half-Atlantean Arthur Curry and takes him on the journey of his lifetime - one that will not only force him to face who he really is, but to discover if he is worthy of who he was born to be... a king.

Aquaman finds himself caught between a surface world that ravages the sea and the underwater Atlanteans who are ready to revolt. 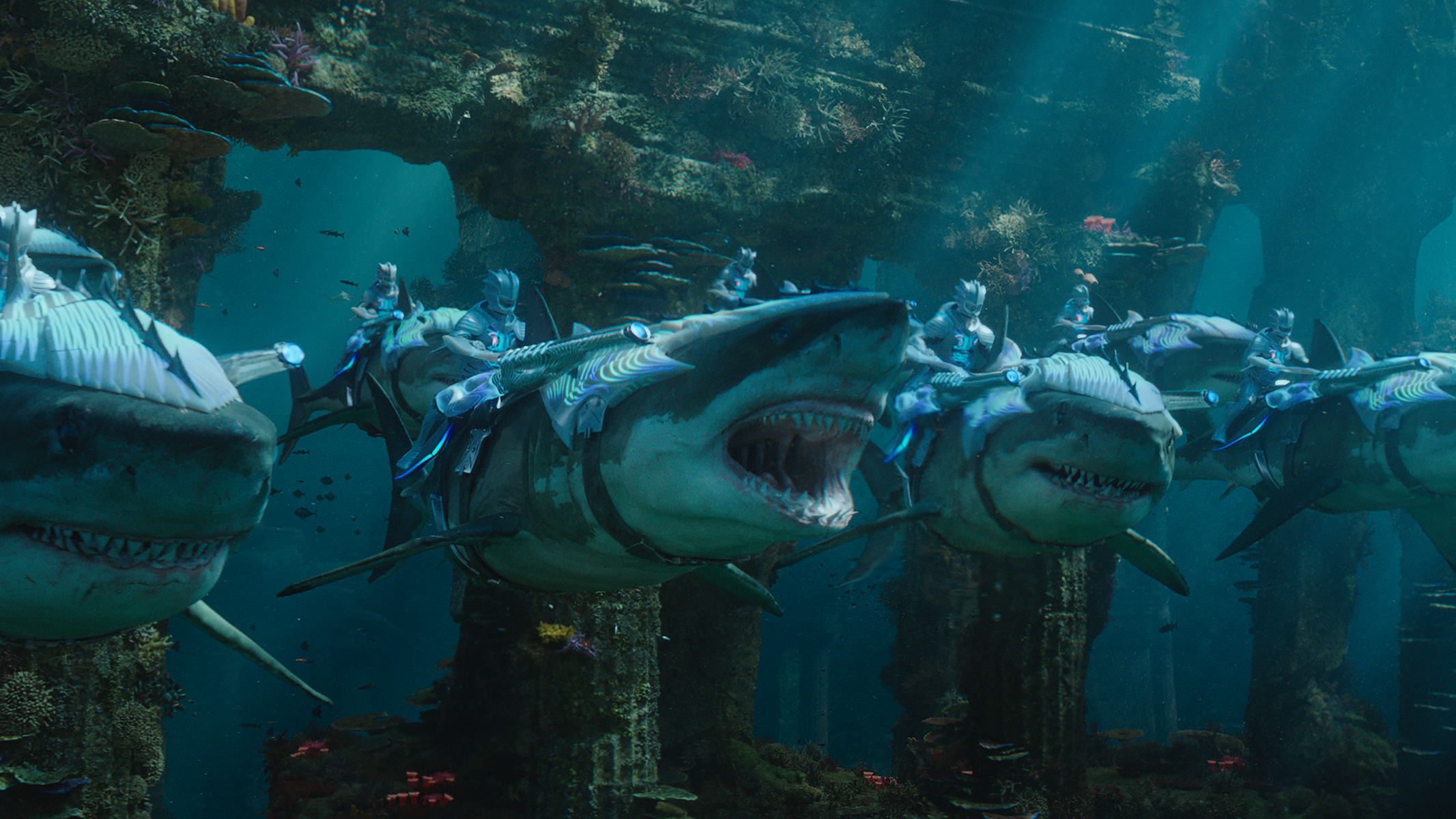 Aquaman has had a reasonable amount of interest during the build up to it's release, but not so much from people wanting a great film, but more so fans wanting to know whether they can trust Warner Bros. to do the DCEU franchise justice. With a poorly received Suicide Squad and Justice League, and a very polarising mix of responses to Batman v Superman (even the originally disliked Man of Steel is now seen as one of the best DC films released since the Dark Knight trilogy), Wonder Woman has been the sole shining light thus far. James Wan attempts to bring Aquaman to the screen in a visually engaging way, but in the end, it overreaches and ends up falling short of the brilliance that it aspired to be.

The film has the arduous task of world-building; with Earth luckily enough we are pretty up-to-date on the terrestrial life, but we have 7 Atlantean kingdoms that need to be brought to life, displayed in a way that makes it easy to distinguish them apart, and then create some form of plot around them all on top of that. Even with a run time of 143 minutes, that is a tall task. But these kingdoms are all given very different appearances which makes it easy to distinguish, whether it be fish-people, deep-sea creatures, crab people, or the two human-like kingdoms (who luckily have coordinated their kingdoms and dresswear accordingly).

But this movie is about Aquaman, so how did Jason Momoa do? Well honestly Momoa did a brilliant job with what he was given. He has managed to make Aquaman awesome again after decades of jokes from modern media. He provides great physical action scenes. Being half land-based human, that is where half of the movie takes place, which means you can expect a lot of "fish out of water" humour where his co-star Amber Heard is involved (not dissimilar to Wonder Woman adjusting to the human world in her film), which largely works well. It doesn't necessarily get a loud, gut wrenching laugh from the crowd, but most certainly fall under the "cute and adorable" category.

The fight scenes in general are rather hit and miss. Right out of the gates we are given a great fight scene between Aquaman and some pirates, which immediately paints Momoa's character as a bit of a badass. But from that point on, once the underwater portion gets included, many of the scenes became overly dependent on the CGI. One aspect that made me audibly sigh, (it's almost as if James Wan couldn't figure out how to end a scene) was how each mini-battle would start. Everything had to be jump scares and explosions through walls. After the third time it happened, I was well over it. And the big battle towards the end looked like a love child between Star Wars and Lord of the Rings, except I had no emotional investment in any of the characters involved, so it had no real impact.

The colouring of the environments is much better done, compared to Justice League. There is much less garish oranges and purples, and a lot more natural light and bright elements. This does take place underwater though, so you do have to get used to the effects of their hair constantly waving around, and their faces constantly morphing. More realistic yes, but also slightly distracting when you are trying to take in a conversation.

The secondary villain was rather unnecessary, and ended up looking like a villain from a Power Rangers movie. A recurring reminder that this is all based on comic books. His entire motivation and skill level was quite laughable, and I would have rather he not be in the film at all, as he added nothing to the plot. Otherwise the casting was quite surprising. As soon as the film started you realise there are many more famous faces in this film than just Jason Momoa. Temuera Morrison, Nicole Kidman, Dolph Lundgren, and Willem Dafoe all have some significant supporting roles in this film.

My biggest gripe is how in the opening scenes, his badassery has no bounds. He is portrayed in a manner similar to superman. The man is invincible; with swords, bullets, and grenades have no effect on him. And while that is cool to watch, it also removes all tension from the movie. You never fear that Aquaman will fail, because he is so strong and overpowered. Sure, weaknesses are introduced as the film progresses, but it's much harder to feel engaged with an overpowered character. Superman gets past this by focusing more on ethical and moral dilemmas, more so than brute force fighting. Aquaman, not so much. He still relies on power and increasing his power to win.

The plot is still mildly convoluted. But more importantly, it is understandable. I can follow the film, I understand every motivation, even if some seem over-the-top, and requires a lot of deus ex machina. I'm also happy to report that this is in fact a standalone film. This isn't a film that gets messed around because WB want teasers and scenes alluding to future films. Just one end-credits scene (which I still think was preposterous...but comic book films, so whatever).

Overall, the film tried too much. They almost hit the right balance. If they had removed the secondary villain entirely, the film would have still made sense, wouldn't start out with an invincible protagonist, and would provide more space to build the Atlantean story more, without coming across like a side-story that they don't really want to show us. Still, it is above average. Not something I will feel the need to watch again, but something that was reasonably enjoyable to watch once. Currently, I'd rank this 3rd in the DCEU movies, behind Wonder Woman and Man of Steel.