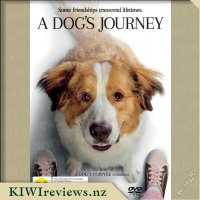 Buddy is a good dog, and after searching for his purpose through several eventful lives, he is sure that he has found and fulfilled his purpose. Yet watching on as curious baby Clarity gets herself into mischief and numerous dangerous situations, he is certain that this little girl is very much in need of a dog of her own. When Buddy is reborn, he realizes that he has a new lease on life and a new destiny. He is overjoyed when he is adopted by Clarity - now a vibrant but troubled teenager. But when they are suddenly separated, he is left to wonder who will take care of his girl? 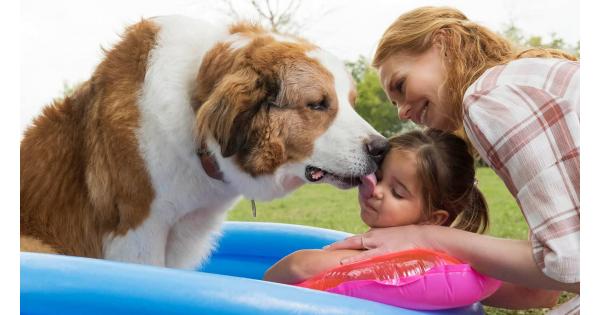 Back in 2016, A Dog's Purpose was released and disappeared without me even being aware of its existence. It wasn't until it was released on streaming platforms that some friends had invited me over and we checked it out as a group. The emotional intensity of that film was so high that at a certain point, we had to hit pause because the whole group was in tears and weren't able to physically see the screen for five minutes until the emotions finally passed. The spin-off film that came out earlier this year, A Dog's Way Home, had a few emotional moments but failed to have the same impact, and was plagued by some poor CGI.

This latest film, A Dog's Journey, is the direct sequel to A Dog's Purpose and is definitely much closer to the quality of its predecessor, with Dennis Quaid returning for his role as Bailey's owner Ethan. Simply put, this is pretty much the same premise as the original film. We have the consciousness of this dog Bailey, who through several lifetimes, consistently tries to look after his human. While he has now been tasked with looking after Ethan's granddaughter, CJ, the story is very much the same. The film continues the tradition of emotional manipulation in the way that it continually portrays the lives and deaths of dogs. As all of these dogs are our primary protagonist, watching these animals growing up from tiny puppies until they fail in their mission and die, is an incredibly manipulative technique, emotionally. Especially with such a jovial, likeable voice performance from Josh Gad.

While the film follows our main dog Bailey/Bossdog/Molly/Big Dog/Max throughout his/her many lives, the focus of the story is on the human characters. Our human characters are some of the most extreme examples of good and bad that you will ever see on the big screen. There are three characters that have absolutely no redeeming traits, while the remainder of the supporting cast seems to have no flaws and are the most angelic people ever. CJ is the only character that gets any proper character development arcs, and her story is simply a sequence of unfortunate events. The main story is incredibly predictable. After the first ten minutes, you know exactly how the film is going to end. There are some reasonably mature themes within the main story though, looking at the effects of alcoholism, physical and emotional abuse, poverty, and cancer.

A Dog's Journey does not have the emotional power of A Dog's Purpose. Josh Gad really gives his all in this voice role, and despite his incredibly cheesy, corny dialogue and sound effects, he does still succeed in this role. The premise is pretty much the same as the first film, bringing everything full circle, so there are some tropes that start to feel stale. The film is still exactly what it is meant to be; it's emotionally manipulative, and if you are a dog lover, then there are at least three scenes that tick all of the empathy and sympathy boxes and will trigger an emotional response. You will feel that tug, you may shed a tear, or you may break down completely. To that extent, A Dog's Journey succeeds in what it is trying to do. The story is formulaic, but it has adorable puppies, so who really cares, right?

A Dog's Journey is the sequel to A Dog's Purpose and if you are anything like me you are probably still fairly emotionally scarred still like me from what the first movie had to offer. A Dog's Journey like its predecessor is not for the faint of heart even the strongest are sure to feel a little tear well inside. My emotions were on edge right from the beginning of the film somewhat as I had a feeling of what to expect from the first movie but also as the director has written the movie in a way you get to sense some of the hidden messages and life lessons the film is trying to portray.

In a Dog's Purpose we saw a dog die over and over again and be reincarted with the purpose of trying to find a specific human to protect and love, it was as much about the dog as the human he came to love Ethan. A Dog's journey sees the return of Ethan but this time the dog is back to protect Ethan's grandaughter CJ. Again we see the dog die and be reincarted in his journey to help CJ and ultimately bond with the teenager in a way only a dog can. It really is a true celebration of that special bond humans have with dogs so while the movie has its sad parts you do find yourself smiling over the love between humans and animals.

As with the first movie I wouldn't recommend to children under 12 as it maybe hard for younger children to comprehend animal death especially with the repititive nature of such scenes and also as the movie does have scenes of adults drinking, and some violence. If watching as a family movie as intended I would recommend you only did so with mature children, or young adults. Even as an adult myself some scenes were quite traumatic and stirred emotion.

All round another great movie following Ethan and his dog through many lives I couldn't fault a lot with the film and I would definitely watch it again. Just be prepared to shed a tear and have tissues nearby! Yet again the star the Dog of these movies will steal your heart and remind you again how special dogs are.

Score: 8.9
Product reviews for listing 6089: Once Were Warriors
Directed by Lee Tamahori

Based on Alan Duff's controversial best-seller, Once Were Warriors is an intense powerhouse film that will leave you stunned by it's uncompromising insight into the strength of one woman who has to save her children from the man she loves.