Home > Categories > Books > Kids - Middle > MATARIKI Around the World: A Cluster of Stars, a Cluster of Stories review

ProdID: 9012 - MATARIKI Around the World: A Cluster of Stars, a Cluster of Stories -  Written by Rangi Matamua & Miriama Kamo 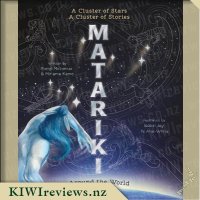 The Matariki star cluster holds great importance for Maori and the people of Aotearoa New Zealand, but it is seen and celebrated across the world. The Matariki constellation is known by many different names (including Pleiades); from times of old, it has been used to guide people from many different lands.

This book has been beautifully illustrated by Isobel Joy Te Aho-White. Nine separate stories explore the Maori Matariki stars, and twelve more from different cultures around the globe reference the same constellation. 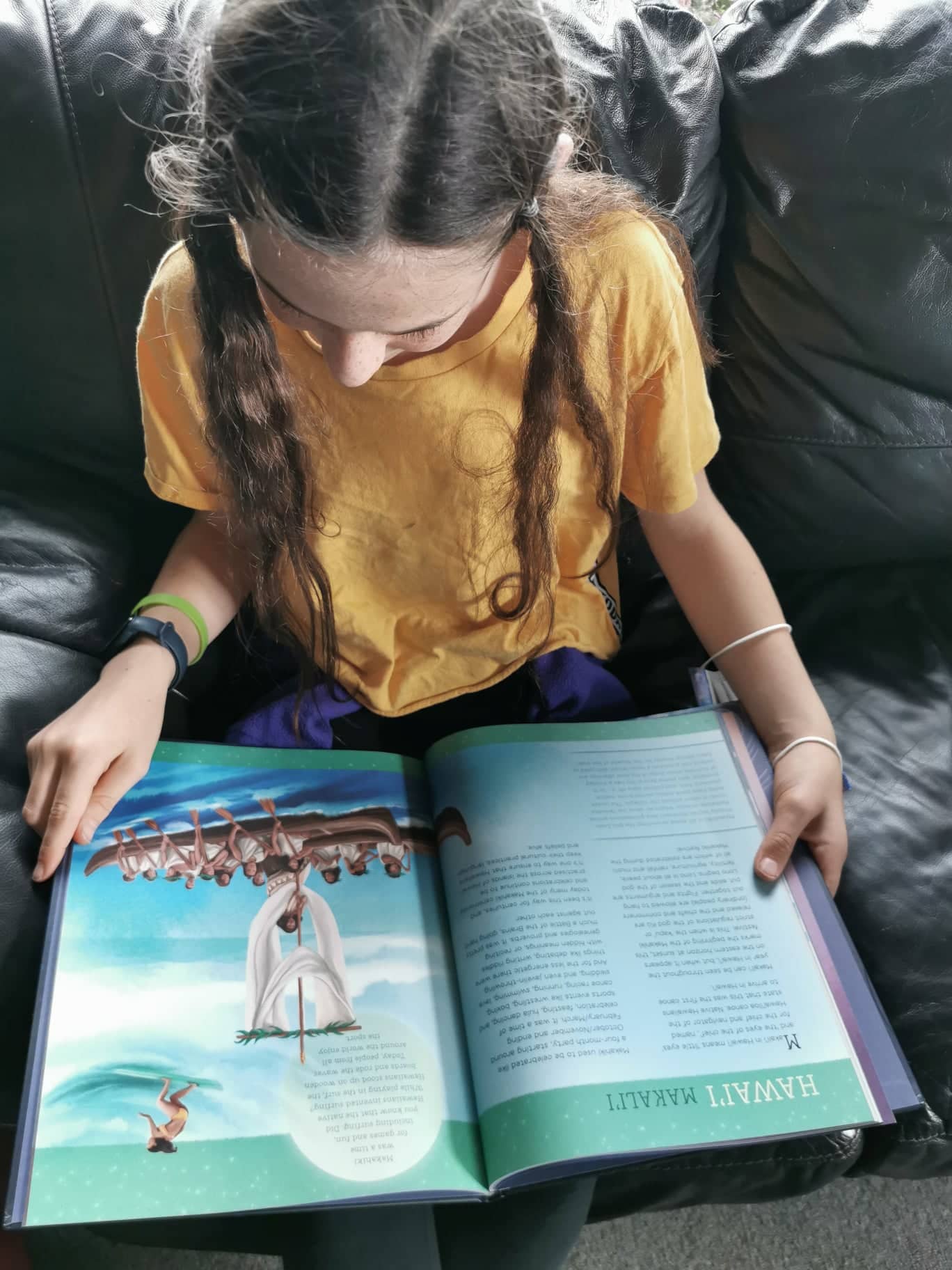 There could not be a more perfect timing for the launch of a new book about Matariki. 2022 marks the first year that Matariki is recognised as a public holiday in Aotearoa New Zealand. There are many European festivals like Easter and Christmas which have long been celebrated here, but this is a recognition of Maori traditions and values that has been long overdue. It marks the acknowledgment of a new partnership between tangata whenua (Maori) and tauiwi (non Maori). My daughter had already seen the book as her school librarian had purchased a copy for the school library, so she was overjoyed when I arrived with a copy for Miss Ten to review with me.

What makes this book stand out from previous books on Matariki is the way it links to other cultures, positioning Maori cosmology in the wider world context. The first part of the book features a full, informative account of Matariki as it is celebrated here (although different parts of the country have slightly different ways of commemorating it, which the authors do point out). The second part draws parallels with twelve other cultures in various parts of the world. Although each culture has a different name for Matariki and the rituals and back stories are unique to each, there are enough similarities to show a distinct link.

I like the combination of science, mythology, and narrative which, although well researched and presented, does not frame everything in language beyond a child's understanding. This is a book for eight year olds through to adults; the frequent use of asides and colloquial expressions ensures that the child's attention is commandeered and maintained. A good teacher will rephrase lessons in everyday speech so that the pupils are engaged; this book uses the same technique to draw in the young reader and ensure his learning journey is an enjoyable one.

The illustrations are beautifully aligned to the text with judicious selection of colour and pattern. Looking at the different star patterns, my daughter found herself humming "Somewhere Out There" as she was reminded that everyone lives under the same sky and sees the same stars! Extra information is provided on each page with a surrounding circle or a block of text placed between two lines. This ensures that children can read the main text first and return later for the "extras".

There is a short glossary at the end of the book which contains the technical words (both Maori and English) which are used. Miss Ten found this extremely useful. It is great to see the two languages included in the one list; this is no translator but rather a treasury of words the young reader may not know. There is also a comprehensive index which enables the reader to look up individual stars and gods; this makes quick referencing simplicity itself.

At the conclusion of the book is a summary of the three main themes of Matariki in Aotearoa New Zealand. It places Matariki in the context of aligning with the past, present and future, and gives a framework of meaning for the whole celebration. Rather than just another public holiday, Matariki is presented as a time of reflection and unity with one's wider whanau. Finally, there is a suggestion that a child could use the idea of Matariki to inspire him to endeavour to set and complete a task of his own choosing, in the spirit of the stars.

The DARE Award winners-Yasmin, Zander, Andy, Dylan, JJ, Isabel and Mila-have been caught in a deadly battle of wits with a mysterious enemy who isn't afraid to kill. Too late, they learned that the First Sign predicted catastrophic attacks which have lefy Egypt in chaos. yasmin is missing. Many more lives are at ... more...