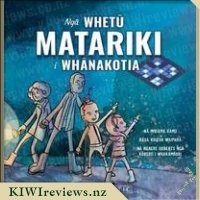 Disclosure StatementFULL DISCLOSURE: A number of units of this product have, at some time, been supplied to KIWIreviews by Scholastic (NZ) or their agents for the purposes of unbiased, independent reviews. No fee was accepted by KIWIreviews or the reviewers themselves - these are genuine, unpaid consumer reviews.
Available:
May 2018

This beautifully illustrated story of a Matariki legend is translated into Te Reo Maori by Ngaere Roberts.

Another great book I was excited to read for my son and I am passionate about learning Maori so I was keen to read this book with him. We sat down and noticed the sentences did not have the English translation under the sentences but offers a glossary at the back of the book. How ever not every word is in the glossary. Even the main word in the tittle Matariki is not in the glossary. How ever it was a good read and took up a good hour for my son and I to get through the book flipping from the back to the front and lots of new great learning for us.

The illustrations were amazing and beautiful and lots of bright colours and details. My son really enjoyed the book and said he was going to take it to school to share with his class mates. My son is the school library monitor so he wanted to share with the librarian lady.

The price of the book is reasonable and I guess you get a lot of hours worth for the price. It is a book you can go back to time and time again and share with others, its great learning and you get something new from it. My son was excited to read the book which is a bonus, and happy to share it with friends therefore sharing the learning experience. I would like to read more books with him in the future and increase my Maori words vocabulary, and this is a great way to start. 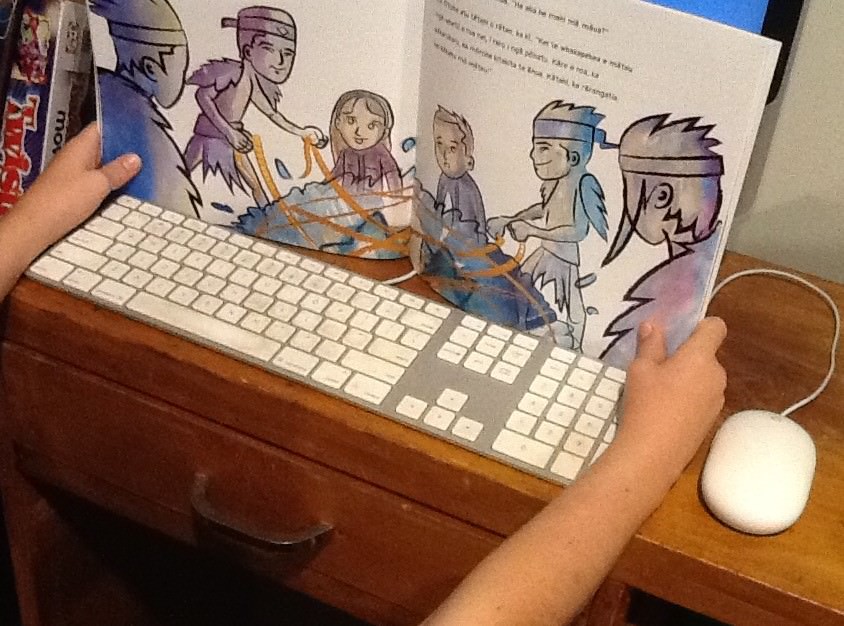 The boys were delighted to be told they could help me review this book. Growing up bilingual is a wonderful start in life as research shows that children who have this opportunity have a head start in their learning, yet sometimes it can be difficult to find written texts at the appropriate level. Mr Six loves reading but most of his books are in English so he was rapt to find a book in Maori which was both colourful and very topical. Mr Five cannot read yet but he is happy following the pictures and just listening to the story.

They were intrigued to find that the story is set in Te Mata Hapuku as they have visited that part of the country several times. Their great-grandmother used to live in Otautahi (Christchurch) as did other family members from time to time, so this made the story especially relevant for them. Mr Six looked at the picture of Grandma and the children lying on the stones and said he remembers doing that too.

The story itself is a Matariki legend, one I was not familiar with, so it was a pleasure to share it with the boys. They loved the idea of the patupaiarehe making their clothes out of pieces of star, and Mr Five asked if he could gather some next time he visits the beach as he would like to make a shiny t-shirt for himself. Mr Six laughed at him and told him he was a naughty patupaiarehe too, but I thought it was quite a good idea. After all, if the "star pieces" are there already, then why not? It is not as though Mr Five is going to grab them out of the sky.

It is great that the story has a happy ending. Sam is determined to sort those naughty patupaiarehe out and does just that; Pohutukawa and Hiwa-i-te-Rangi are safely restored to their kahui, much to Grandma's relief, and all is well with Matariki once more.

Some of the words are written in Ngai Tahu dialect which made me have to stop and double check that I had understood them correctly, but it was not too serious as the boys knew what they meant and were able to reassure me. Of course, this happens even with English words between the two islands and it is an ongoing argument in our house as to which version is correct! Luckily, the variations in Maori are less challenging; in most case it is just one letter, often a vowel, that changed. And there is a comprehensive glossary in the inside back cover just in case.

The boys are looking forward now to the next publication in Maori so that we can share it together. Mr Five has assured me that he will be able to read by then and will take his turn instead of leaving it to his big brother. I look forward to that too! I don't see them as often as I would like because they are now living in Waihopai (Invercargill); that is a long way to travel so that makes our times together extra special. And what better to celebrate each reunion than with a book?