Disclosure StatementFULL DISCLOSURE: A number of units of this product have, at some time, been supplied to KIWIreviews by the company for the purposes of unbiased, independent reviews. No fee was accepted by KIWIreviews or the reviewers themselves - these are genuine, unpaid consumer reviews.
Available:
in cinemas from June 10, 2021

The film follows 70-year-old small-town Saskatchewan farmer Percy Schmeiser, who takes on a giant corporation after their GMOs interfere with his crops 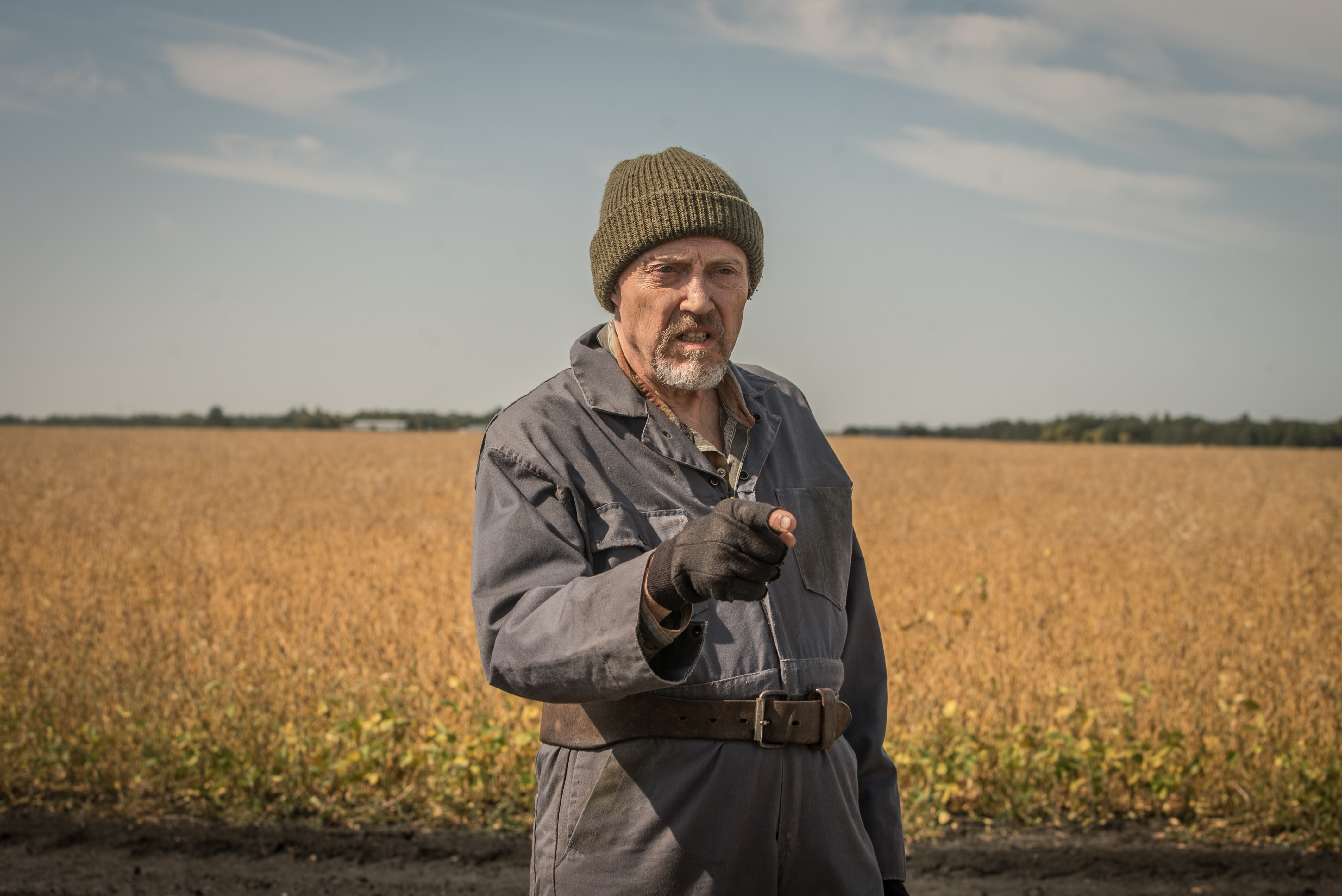 'Tis the season for underdog man vs corporation films. A wave that started with the success of Erin Brokovich, and more recently Dark Waters and Minamata. Now Percy v Goliath joins the ranks of Hollywood films eager to take advantage of the commercial, religious, and racial conflicts that have led to protest after protest, rally after rally. Another feature film stoking the fires of indignation and turning the focus away from political institutions, instead, towards corporations.

Percy v Goliath is based on a true story and brings a simple farmer at odds with America's leading producer of chemical, agricultural, and biochemical products, Monsanto. Largely revolving around an intellectual property dispute. Monsanto creates a product that accidentally gets mixed in with a farmer's product. Now Monsanto wants a cut of everything that the farmer creates, threatening to bankrupt him if he doesn't. It's an oversimplification of a complicated technological and agricultural debate, but it creates a strong sense of right and wrong for the audience (even if the reality is much more blurred).

There is always a need for balance when casting for such underdog films. To fill seats, the film either needs a strong, well-known lead or it has to have a really good marketing budget. Minamata and Dark Waters went for well-known leads, and Percy v Goliath has again followed suit, with the expectation that Christopher Walken will bring in a larger audience than what the premise could bring in on its own. I mention balance because the downside of using a well-known character is the issue of creating that separation; preventing the audience from fully investing in a story because of the very obviously placed "actor". That forever will be an issue for an actor as well known as Walken and, being fully honest, he doesn't quite have the strength to pull off the role.

There is always power and impact with the lower class when it comes to the idea of a corporation exploiting people for their own benefit. Less so when it comes to the middle class, who tend to spring to the aid of corporations, in the blind hope that if they are seen to be on the "right" side that they will have an opportunity to reap a share of the benefits and profits. It's a curious premise that works at many levels, and while there is a clear selfish vs. selfless debate to be taken into consideration on a person-by-person basis, the reality is that it comes down to Christopher Walken in the lead role to push the discussion in a certain direction.

While the film works hard to implicate the Japanese corporations as the big baddies, it doesn't take too much critical thinking to notice how one-sided the film's perspective is. An issue that reduces your investment and the impact of anything that follows. When one realizes they are only seeing one side of the coin, they re-evaluate the value of the money.

With the script provided, Walken does an amicable job. He presents himself well as a stoic, salt-of-the-earth, generational seed farmer. A man that has worked his way up from nothing, with only the goal of picking the best seeds from his crop each year, to ensure the farm's continual success. The idea that someone else's seed could contaminate his fields and force him to start again from scratch (if he even gets to keep his farm) is an infuriating thought. Much like the dawning realization today that trickle-down economics doesn't work, Percy v Goliath adds another nail to the proverbial coffin of capitalism, with the unequivocal proof that working hard not only doesn't mean you will have a good comfortable life but that you will be targeted by corporations fuelled by greed and that want to control and commandeer any potential profits that you may make.

Percy v Goliath had the potential to be a thrilling dramatic biopic, but the pacing and narrative structure of the film prevents it from reaching its full ability. The lackadaisical manner in which the narrative structure is based prevents tension and suspense from building, as the film's three court cases, start off large, and get skipped over more and more with each progressive case. When the court cases are the crux of the entire film, that is where the focus should sit, but the story is largely distracted by side stories and characters.

There is something authentic about Walken's performance; his despisal towards being a representative; his hatred of asking for help and being a charity case; his stubbornness in the face of an unwinnable case. Formulaic, but still an interesting viewing.

Score: 8.3
Product reviews for listing 3281: I Don't Know How She Does It -  Directed by Douglas McGrath

Based on Allison Pearson's best-selling debut novel and written by Aline Brosh McKenna, this follows the day-to-day life of Kate Reddy, a successful investment banker who struggles to balance her high-powered career with an equally demanding role as a mum.

Kate Reedy devotes her days to a career with a Boston-based financial management firm. At night she goes home to her adoring, recently down-sized architect husband Richard and their ... more...