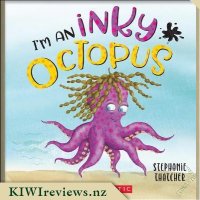 Disclosure StatementFULL DISCLOSURE: A number of units of this product have, at some time, been supplied to KIWIreviews by Scholastic (NZ) or their agents for the purposes of unbiased, independent reviews. No fee was accepted by KIWIreviews or the reviewers themselves - these are genuine, unpaid consumer reviews.
Available:
June 2021

I'm an inky octopus swimming in the sea,
whizzing through the water...
You can't catch me!

Join good friends, Inky and Jellyfish, as they play a spirited game of tag amongst the creatures and plants of the ocean. Spot the fun-loving shrimp on every page along the way!

Small children will love the way that the story is told through rhyming couplets, and will quickly learn to repeat the story on their own.

My son is 2 years old and our go-to activity is reading books. We (I) especially love books that are simple and fun to read that have good pictures and are not too wordy. We are currently a huge fan of 'Finding Nemo' so anything fish or sea-related is a big hit.

"I'm an Inky Octopus" is exactly our cuppa tea at the moment. It combines a great story, at just the right length with rhyme and interesting illustrations. It even provides some interesting octopus facts and some added humour when the octopus inks (which my son associates with farting).

I would highly recommend I'm an Inky Octopus and look forward to reading other books in this series from this author as they have proved winners in our household. 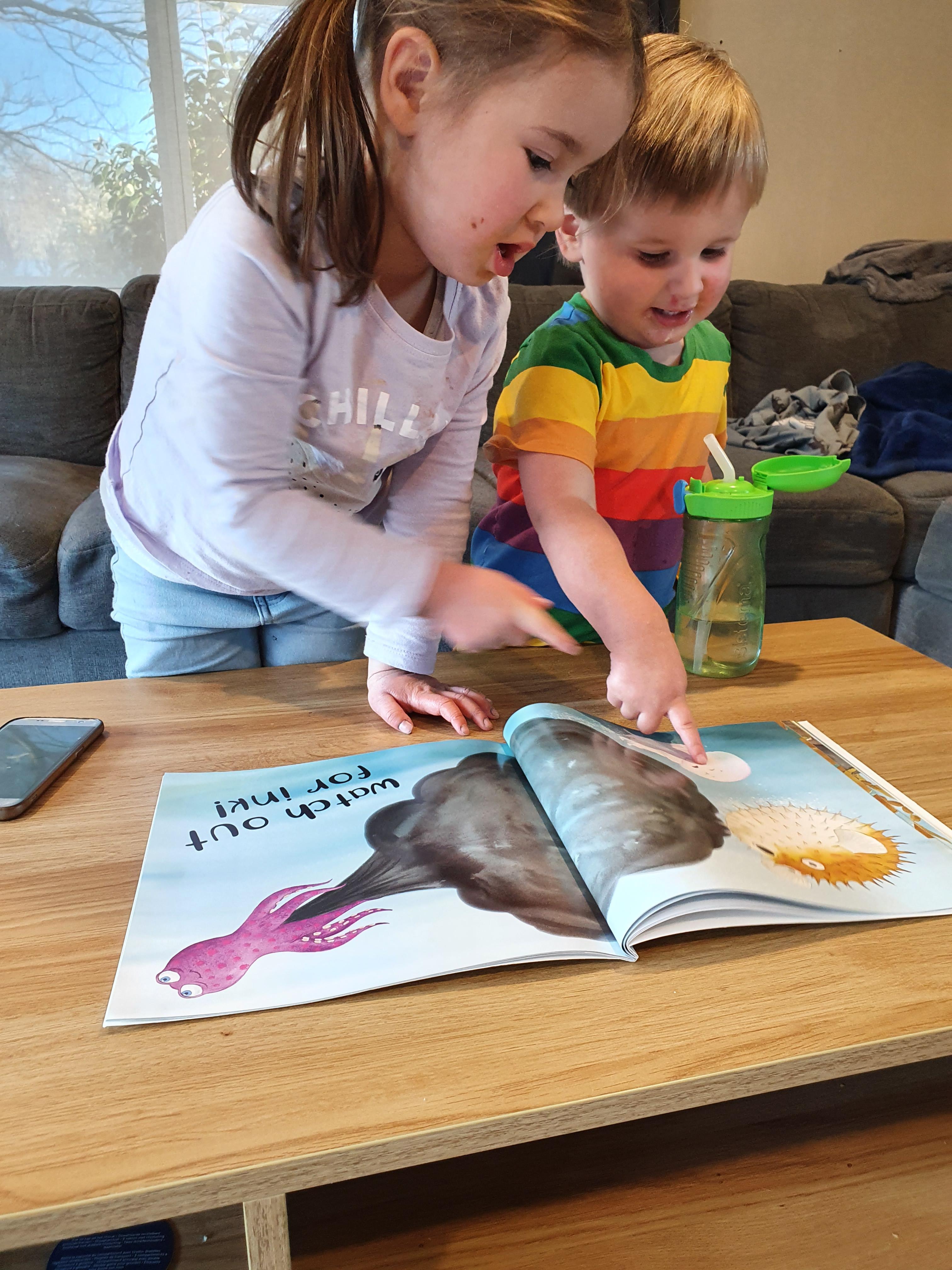 Of all the books Miss Four and Mr Two have read recently, this one has been the most popular of all. Parents and children alike were drawn to the simple, effective illustrations and the rhyming couplets which help young readers to learn the text by heart. The children pointed to various pictures, explaining what was happening, and giggling at the octopus' seaweed wig. Dressing up is a perennial favourite for kids, but it is even funnier when an octopus is the model.

Throughout the story, the children were engaged; they commented on the different sea creatures, and barely noticed that they were acquiring lots of information about them. The day after she first read the book, Miss Four could not wait to go to her playgroup and share her new knowledge with her friends. Learning about octopi had extended her in so many ways: maths, biology, and language skills were all enhanced.

The children were sad when the young octopus was all alone in a rock pool, and were relieved when he heard a sound and went out to investigate. They loved it when he found his dad and cuddled him, although it was hard to tell just which octopus all those tentacles belonged to. Hide-and-seek and tag are popular games for younger children worldwide, so they found it hilarious that the octopus and the jellyfish played the same games in the water. One of the funniest parts was when the octopus hid on the ray's face so the jellyfish would swim on past. This was surely a hiding place with a difference!

The children had fun finishing each sentence once they had read the book several times and were familiar with the sequences, although there was one modification that nobody had expected. When Miss Four reached the part that read "Watch out for the ink!" she changed it to "Watch out for the fart!" This sent the pair of them off into fits of giggles; they were totally delighted with their own wit. It is to be expected with youngsters, of course, that bodily functions are extremely funny; even though she knew it was really octopus ink, she assured us that it was exactly what a fart looks like!

I think that the success of this book lies in the way it appeals to the very young. The colourful underwater scenes, the way the sea creatures behave very much like human children, and the positive ending mean that they will go back time after time to look at the pictures and retell the story for themselves when there is no convenient adult around to read it to them. And if there is - this is a book that the grown-ups will enjoy just as much as the children do.

Hunted by the law and ruthless criminals, Cal must somehow uncover the truth about his father's mysterious death and a history-changing secret. Who can he ... more...