Flit the Fantail and the Matariki Map review

ProdID: 8842 - My Cat Can See Ghosts
Written by Emily Joe 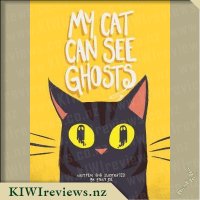 Disclosure StatementFULL DISCLOSURE: A number of units of this product have, at some time, been supplied to KIWIreviews by the company for the purposes of unbiased, independent reviews. No fee was accepted by KIWIreviews or the reviewers themselves - these are genuine, unpaid consumer reviews.
Available:
April 2021

Sometimes my cat appears to stare
At something more than just thin air.
It's recently become clear to me
She's watching something I can't see.

What on earth is causing the cat to zoom, skitter and kung-fu kick the air?

Could it be a ghost?

A delightful tale that celebrates our feline friends in all their quirks and explains why they deserve a warm spot on the bed after a busy day spent keeping all the ghosts away. 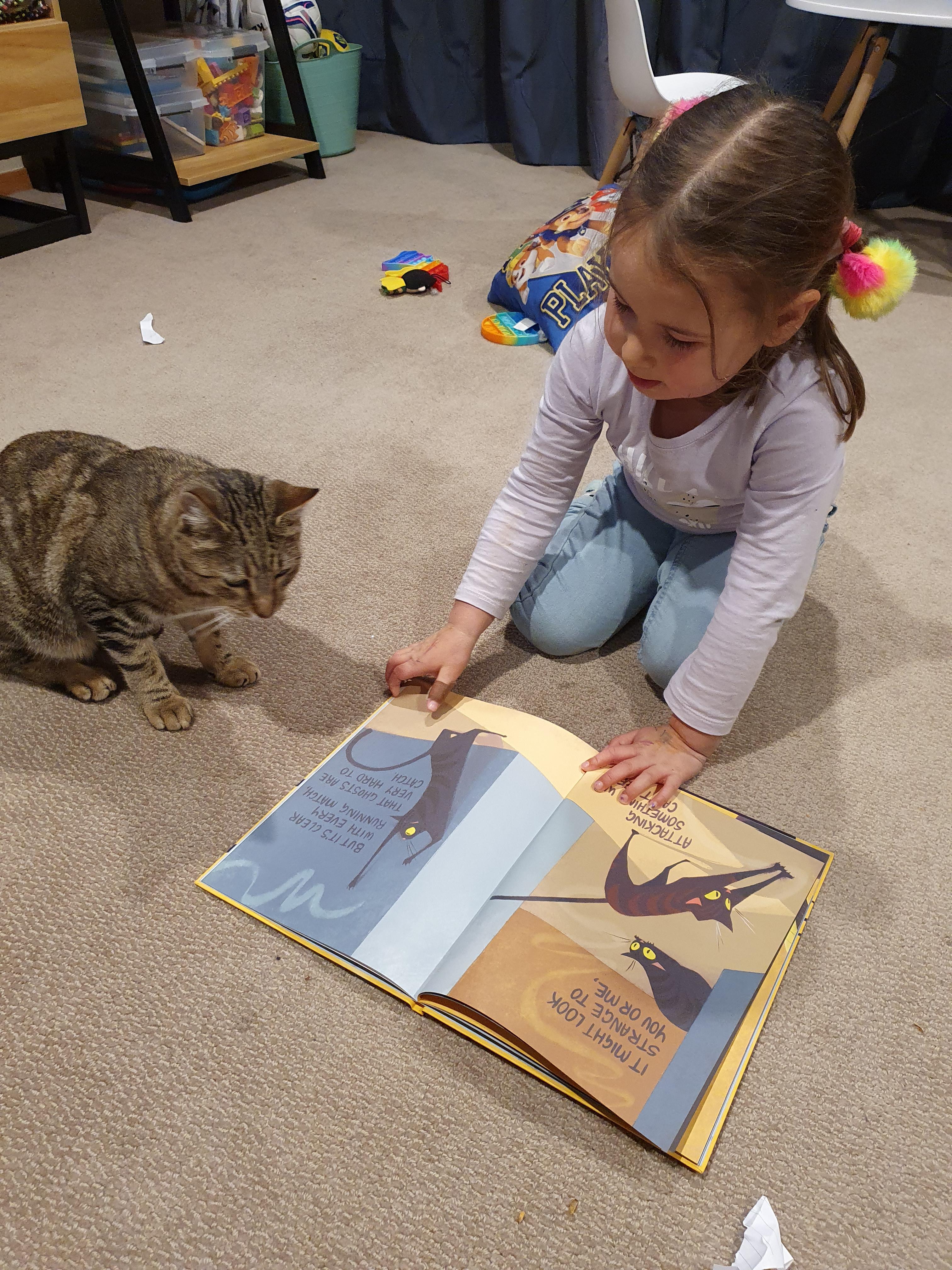 Our friends have a cat and we have two, so of course the conversation often turns to our felines' latest adventures. That made this book really special, as all of us have experienced that sudden freeze-frame when a cat "sees" something and reacts. All four of our friends - Mum, Dad and the two children - were in fits of laughter as they saw the startled expression of the cat on the cover because it was exactly like the wide-eyed look their own pet Sparky displays when confronted by something unexpected. The endpapers, too, featured stalking cats in various poses. The arched back and raised fur were especially apt.

The children are used to the night-time antics of their own cat. After a brief focusing stare, it will pounce on invisible entities which may be animate, inanimate, or lacking any substance whatsoever. (These items cannot be seen by humans so there is no way of telling.) The attacks involve fast dancing, feinting, posturing, jumping, sliding, and a final leap at the victim - which is never actually caught! Emily Joe calls the prey a ghost, and that is probably the most appropriate way to describe it.

Both children loved the cat's kung-fu kick as it launched itself from the top of the stairs to catch the "ghost floating by". Mr Two could not stop laughing as he has seen his own cat making similar leaps from the back of a chair. Despite his youth he was able to follow the story; the pictures were clear, the text was simple, and the rhyming format meant that the words were easy to remember. Children can readily remember sections of a book after only a few readings if the rhythm and rhyme patterns are strong.

After she had finished the book, Miss Four invited Sparky to read it with her. Although she was not able to read the words, she showed him the pictures and retold the story in her own way. It is a pity that the text is all in upper case as she is just starting to recognise individual letters and sound out basic words. Her learning so far has all been in lower case; had the book been in this format it would have enabled her to read some of the words straight from the page.

That night, when Sparky wanted to cuddle up to one of the children in their bed, Miss Four told her father than he had earned his right to be there because he had been busy saving the family from all the ghosts during the day - just as the cat in the book does with her family. Miss Four wanted to know what that cat's name was; in the absence of that information, they decided she was called Puss!

'My name is Barnaby Station Stamp of Approval, but you can call me Stamp. Join me on my next Pup Patrol adventure!'

Stamp, Ace and James are on the road again and headed up to Normanton in the Gulf of Carpentaria! But after all that rain from Cyclone Julia, some of the roads have flooded. When James takes a detour, there's plenty of time to make some new friends at Camp Billabong along the way.