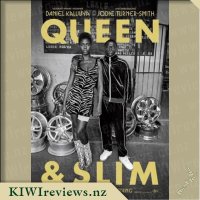 Disclosure StatementFULL DISCLOSURE: A number of units of this product have, at some time, been supplied to KIWIreviews by the company for the purposes of unbiased, independent reviews. No fee was accepted by KIWIreviews or the reviewers themselves - these are genuine, unpaid consumer reviews.
Available:
in selected stores from June 2020

Slim and Queen's first date takes an unexpected turn when a policeman pulls them over for a minor traffic violation. When the situation escalates, Slim takes the officer's gun and shoots him in self-defence. Now labelled cop killers in the media, Slim and Queen feel that they have no choice but to go on the run and evade the law. When a video of the incident goes viral, the unwitting outlaws soon become a symbol of trauma, terror, grief and pain for people all across the country. 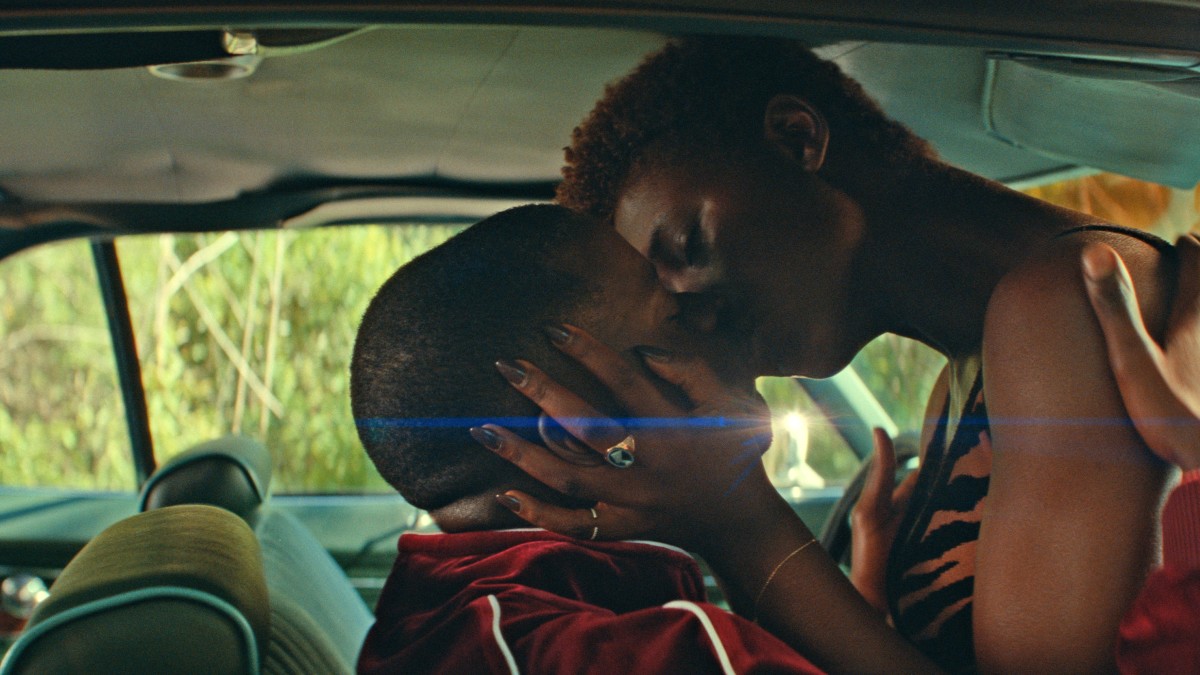 Queen & Slim is an interesting flick. It has been marketed as some kind of modern-day Bonnie & Clyde style of film (hence the similarity in title, despite the film making no reference to this moniker at all), and yet the direction of the film does not match the synopsis. Queen & Slim includes elements around police brutality and being on-the-run, but that is not what the film is truly about. In fact, the film actively avoids these matters and inserts other elements in order to placate mainstream audiences. Because of this, Queen & Slim is not a tense crime thriller; it is a poorly written modern-day Romeo & Juliet.

What the film does well, is set up Daniel Kaluuya's character as the humble, relatable, and ultimately likeable protagonist. Nearly jumping straight into the action, the film has only a short five-minute introduction to our titular duo, but by near enough pitting them against one another, it allows a great amount of information regarding both character's personalities to come to light. It allows the audience to almost instantly fall on Kaluuya's side even when facing up against a representative of the law. On the other side of the coin, however, is Jodie Turner-Smith's character who, at the expense of making Kaluuys's character more relatable, end up coming across as snobby and pretentious. A woman that has chosen a man to buy her a free meal because she didn't want to be alone, but had no real intention of ever seeing him again. Bored, pent up, and tonally dismissive, she is as unlikeable a character as you can get from such a minimal amount of screen time in the opening scenes.

The first act soon takes a swift turn, and our main couple is forced to flee across the country together. This is where the writing and framing have undercut the synopsis and forged a different direction for the film. In the current political climate, with the #blacklivesmatter movement gaining momentum, Queen & Slim had an opportunity to allow the audience to understand the pain, the fear, and the loathing that is felt by minority groups that live in these oppressed communities. Lena Waithe avoids this direction altogether and puts forth a one-dimensional script that highlights the negative aspects of the minority community and introduces non-minority characters to constantly offer assistance. The whole thing is wholeheartedly unrealistic and decidedly derogative toward minorities. Minority characters are largely portrayed as being taught to steal cars at a young age, being angry and frenzied, while frequent perpetrators of domestic abuse and infidelity, with no honour or integrity. On the other hand, the white characters are constantly shown as compassionate, understanding, and willing to help those in need, no matter the circumstances. It is portrayals like this that are subtly affecting how we see minorities in real life.

The focus is instead on the burgeoning relationship between Queen & Slim; or perhaps a strain of Stockholm syndrome may be more appropriate, considering Queen's nonchalance and irritation towards any of Slim's advances. This supposed on-the-run story has no suspense or tension for the majority of the runtime because our protagonists show no such emotions. Unless there are police on the physical screen, there is no sense that the titular couple is in any form of danger; no sense that they are bring hunted down or tracked, nor that anybody is really in a rush to get anywhere. Despite Kaluuya's likeable nature, there is no chemistry between Queen & Slim, and all interactions feel forced, which makes the final act of the film somewhat disingenuous.

There is an interesting theme that follows our characters throughout the runtime, where their "reputation" precedes them and seeing how the event in the first act impacts and is seen by other people. Support networks, protests, hero-worship, the ideas are ripe with underutilised content, but even this subplot is wasted with questionable writing that, again, make the black community look to be at fault, through an out-of-place segue--no longer a part of Queen & Slims story--and seemingly portraying the message "your cause is overexaggerated and actions are unjustified".

This is a story created by James Frey, who knew that he could not be the one to write it. Unfortunately, Lena Waithe was also not the right person to write this, and Melina Matsoukas was not the right choice to direct. Matsoukas may have won two Grammys through her music videos, but aside from creating a gorgeous visual film with a timeless aesthetic, Queen & Slim is devoid of emotion and message, with inconsistent behaviour and stilted, generic dialogue. And that is without going into the faux pa of not casting Black Americans in your American based film.

There is one section of the film that was well executed, and that involved Bokeem Woodbine as Queen's Uncle. One of the more outlandish scenes full of questionable behaviour, but a brilliant example of family coming together in a time of need, even the black sheep in the family. Woodbine is the shining light in this film, with a charismatic approach to his character that feels entirely fleshed out. You can sense his distaste towards law enforcement in every word he speaks.

Queen & Slim is still a very watchable film. It works well in a manner that mainstream audiences will enjoy. It will, however, be problematic to minority audiences that will feel the film is (albeit unintentionally) an attack on their community. The film is fine, but if it had spent the time to properly tackle the social issues at play, this could have been the next Moonlight.