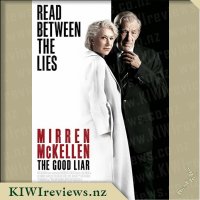 Disclosure StatementFULL DISCLOSURE: A number of units of this product have, at some time, been supplied to KIWIreviews by the company for the purposes of unbiased, independent reviews. No fee was accepted by KIWIreviews or the reviewers themselves - these are genuine, unpaid consumer reviews.
Available:
in cinemas 5th December 2019 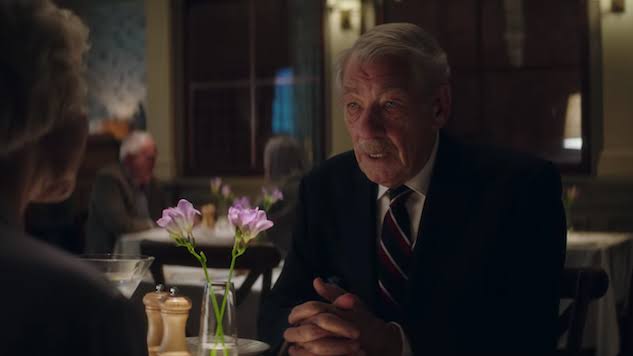 This is yet another case of a trailer that--whether purposefully or not--gives an inaccurate representation of the film. The trailer would have you believe that The Good Liar is a romantic-comedy turned crime-thriller hybrid, but what we actually end up with, is something entirely darker and personal.

Directed by Bill Condon, who has previously directed such films as Disney's Beauty and the Beast remake, and Twilight Breaking Dawn: Part 1 & 2, Condon seems to be the perfect fit for a film based around the premise based on two people finding each other through online dating. Based on a novel by Nicholas Searle, the screenplay is adapted by Jeffrey Hatcher (The Duchess and 2005's Casanova), and the film stars veteran actors Sir Ian McKellen and Dame Helen Mirren. All of the pieces are there for a fascinating romantic story if that was indeed the direction that the film wished to follow.

That doesn't seem to be the case, however, with the direction of the narrative becoming ambiguous in the second act due to the inclusion of some specific back story to a character. This causes a shift in tone from what was an uplifting, adorable, and jovial vibe (comparable to that of Dirty Rotten Scoundrels or The Hustle)--for the most part, due to McKellen's cheerful disposition--into something with more sinister undertones. These undertones are provided without context, until the third act, where the final reveal occurs, alongside a mountain of exposition.

The structure of the narrative and the pacing give away the fact that there is more than meets the eye, but apart from the odd little quirks to a character's expected behaviour, the big twists that occur in the film, transpire without any form of context or warning. This would likely come down to Searle's source material, but the purpose of showing us the history of our character is not overwhelmingly apparent, and in the end, spends far too much time and effort trying to explain and justify the misdirection. A less than ideal choice in direction, as it robs the audience of the opportunity to figure it out for themselves. Granted, it makes it all the less predictable, but it remains less satisfying than if there was a chance of being able to unravel the clues themselves.

The cinematography looks great, with brilliant use of lighting, colour, and movement of the camera to strictly control the framing of each scene. Tight shots are often used when the characters are exhibiting strong expressions of emotion, with wider shots (but still centred on the face) when there is a drastic change. It all works well with the comedic timing of McKellen and Mirren who manage to get many a smile from the audience in the opening act.

The visual component of The Good Liar keeps things interesting when the tone is forever morphing as the film progresses. There is a lot of heavy content--of both sexual and violent nature--as well as some brief nudity and coarse language. Yet the trailer would have you believe it was something else entirely. There are some lazy choices made with the script, but the performances from McKellen and Mirren are exceptionally well-done, especially for such a darker and maturer genre of content.