« The Little Ghost who Lost her Boo! review

ProdID: 8390 - Lily the Littlest Angel 2: Lily Has a Secret
Written by Elizabeth Pulford 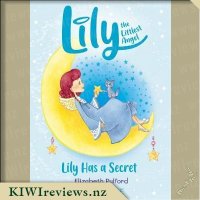 Disclosure StatementFULL DISCLOSURE: A number of units of this product have, at some time, been supplied to KIWIreviews by Scholastic (NZ) or their agents for the purposes of unbiased, independent reviews. No fee was accepted by KIWIreviews or the reviewers themselves - these are genuine, unpaid consumer reviews.
Available:
August 2019

Lily the Littlest Angel 2: Lily Has a Secret product reviews

When Lily hears a plaintive meowing in the bushes, she breaks all the rules by leaving the grounds of Amelia's Angel Academy and bringing a little kitten into her room. Lily has to find a disguise for the kitten before racing off to practise for the concert. What will happen if her secret is revealed?

This charming series about Lily the Littlest Angel has been given an exciting, fresh look for a new wave of readers. It features a new, easy-to-read font which is perfect for the target age of 6-8 years, and charming monochrome illustrations by Aki Fukuoka.

Over the past two week my seven/now eight year old have read a chapter a night. With only 102 pages and thirteen chapters long, it did not take that long. Although my daughter looked forward to finding out what Lily and the kitten got up to, I can not really say the same. I just could not get in to the story and think it was because it was lacking humour or personality, it seemed extremely serious and on point at all times. It seemed very strict and you just knew that she would be found out at some stage - but surprisingly did not go the way I imagined. Although in saying that, I did enjoy reading about the spell section which just oozed magic - just wish there was more of it.

The book itself has pages with pictures throughout, which even though they are black and white contain rather a lot of information in them. I am actually surprised there are not more graphics, considering the age group it is aimed at. Most chapters have one half page graphic but on occasion it is done as a full page. The chapters range from about 6 - 10 pages so not long at all. My daughter read basically the whole book herself, except for one night she was very tired so we both read a page each.

I have to say I was extremely proud of her reading and basically needed no help except for when a name would come up like Frumplepuss or Angel Rosina and on the odd occasion a bigger word. When she first received this she did want to read alone, to be like her sister - and now after reading together I will have no hesitation in letting her read young chapter books. She understood the story as it progressed and asked valid questions through out and even guessed what would happen pretty early on - which we both got wrong - which in a way was nice to know that I can still get surprised.

I feel it did rush areas like with the silver slippers and then in areas took way to long and over explained parts which were not necessary. This is the second story in the Lily the Littlest Angel series and at the back of the books advertises the other books - there are a total of 6 and now my daughter is wanting to read the rest of them. I think it is a cute story for her and especially since at the front details each chapter and when it will start, which as we progressed was a huge highlight stating how many pages we were about to read, then working out how many chapters were left and how many pages that would be.

This is perfect for small children who are wanting to have that independence and are wanting a chapter book. Perfect for 6 - 8 year olds. A cute book and one I hope develops more as it goes along. I am interested to see where the series goes. 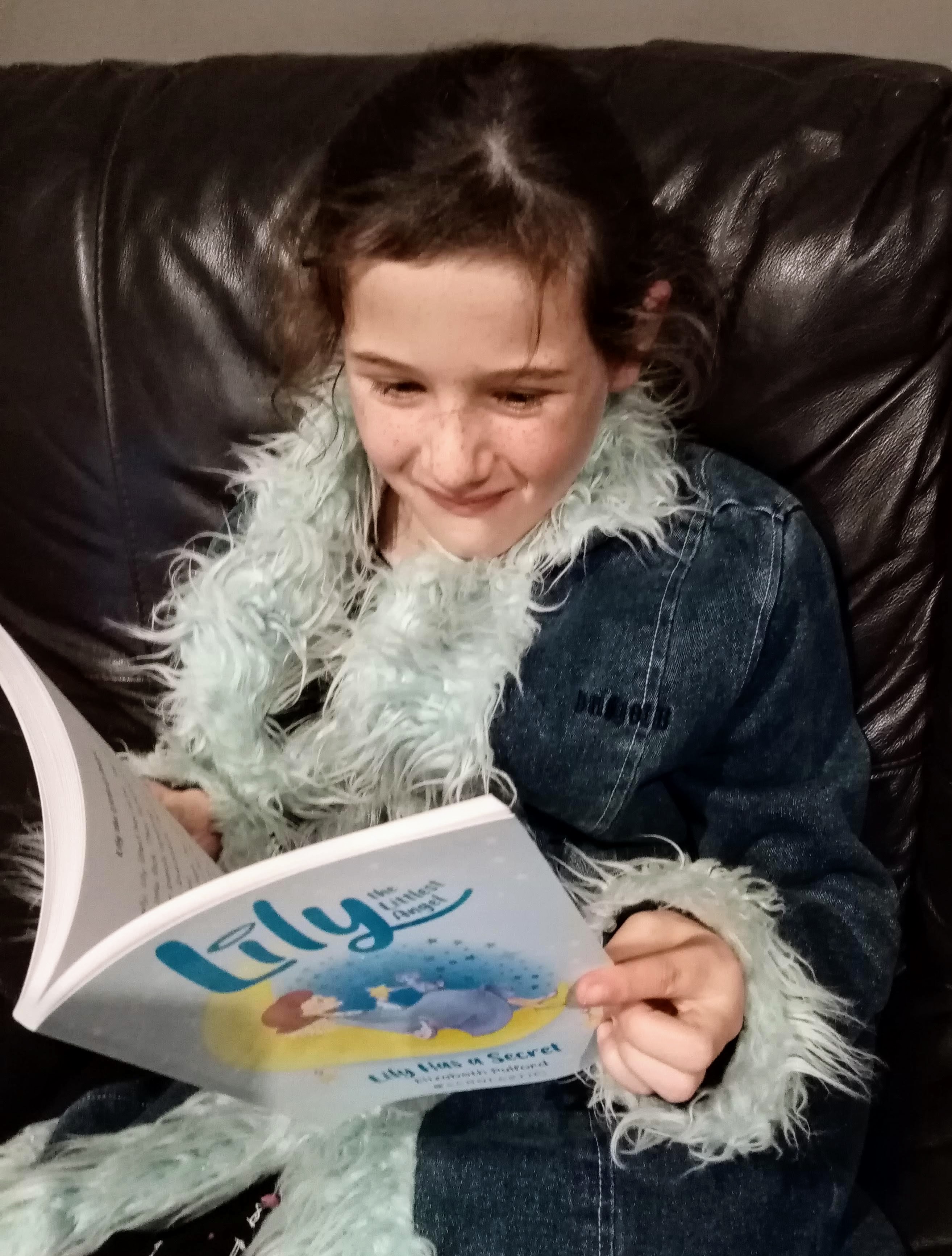 Having read the first book in the Lily the Littlest Angel series, Miss Seven was overjoyed to find that she was going to review the second with me as well. The story and the reading level are just right for her, so we took turns reading to each other. We finished the entire book in the course of on three-hour car journey, although we stopped at the end of each chapter to unpack what had happened, so she was overjoyed at the end of the trip to find that she could keep this book too. The first in the series already has pride of place on her bedside table, and has been read several times over, so I am pretty sure that this one is destined to join the first.

The story is simple but nicely crafted. It shows what happens when a child tried to do something that is not permitted and then has to deal with the fallout. Kittens are not allowed at Lily's academy, of course, so the little angel gets into all sorts of scrapes as she tried to conceal it. Hilarious complications ensue as the kitten fails to understand why it cannot do exactly as it like, so takes every opportunity to escape.

Interspersed with the text are Aki Fukuoka's charming illustrations. Miss Seven loved them; every time one appeared, we had to stop reading to admire the picture. As someone who is at that in-between stage with picture books in her past and text dense books in her future, Miss Seven appreciates the regular insertion of graphics which enhance the story and add to her appreciation. Her favourite was the picture of the harp; being into music herself, she was horrified when the instrument was broken and very relieved to find out that it could be fixed.

Because Miss Seven adores cats (and most other domestic creatures as well) she had great fun following the kitten's antics, although she assured me that she would never dress up a kitten in a doll's outfit. That would be far too bizarre! Nevertheless, she enjoyed the idea of carrying a kitten round in a bag like Lily's, and wondered what her mother might say if she suggested it. Every time Lily's kitten uttered a sound, Miss Seven echoed it with loud meows and pretended to be a cat too.

Like many children, Lily tries to get it right but often ends up going the wrong way about it. She is so sure she will get into trouble for daring to bring the kitten into the academy that she tries to conceal it - naturally, with no hope of succeeding. So instead, she just ends up complicating things unnecessarily through the attempted subterfuge. Miss Seven could see herself in that situation, much to her amusement.

I hope this series will continue to be released in the updated edition. Miss Seven would certainly be first in line to offer to review new Lily books. And even though I am no longer seven years old, I do enjoy them too.

This is the Te Reo Maori version of 'I Can't Imagine How That Happened'. This version is retold by Ngaere Roberts.

Meg and Grandpa go camping, and Grandpa's teasing and practical jokes always end with him saying, "I can't imagine how that happened." Then finally the tables are turned and Meg gets her own back!

"[This] story jumped out at me as the winner. It is warm, funny, energetic and children will love it." - Joy Cowley